its in the proposed repo for disco https://launchpad.net/ubuntu/+source/xorg-server

Is it just for me, or is the ugly ImageMagick icon back in Disco?

@jbicha had succeeded in removing it in Artful and now it is back in my “show applications” list.

EDIT2: It turns out in this bug report, that CUPS doesn’t depend on ImageMagick anymore and can be safely removed now for good.

And today I got Linux kernel 5:

EDIT: I installed the Yaru debs manually and the Desktop is a fucking beauty.

I don’t even miss the transparent top bar. It is perfect as it is!! 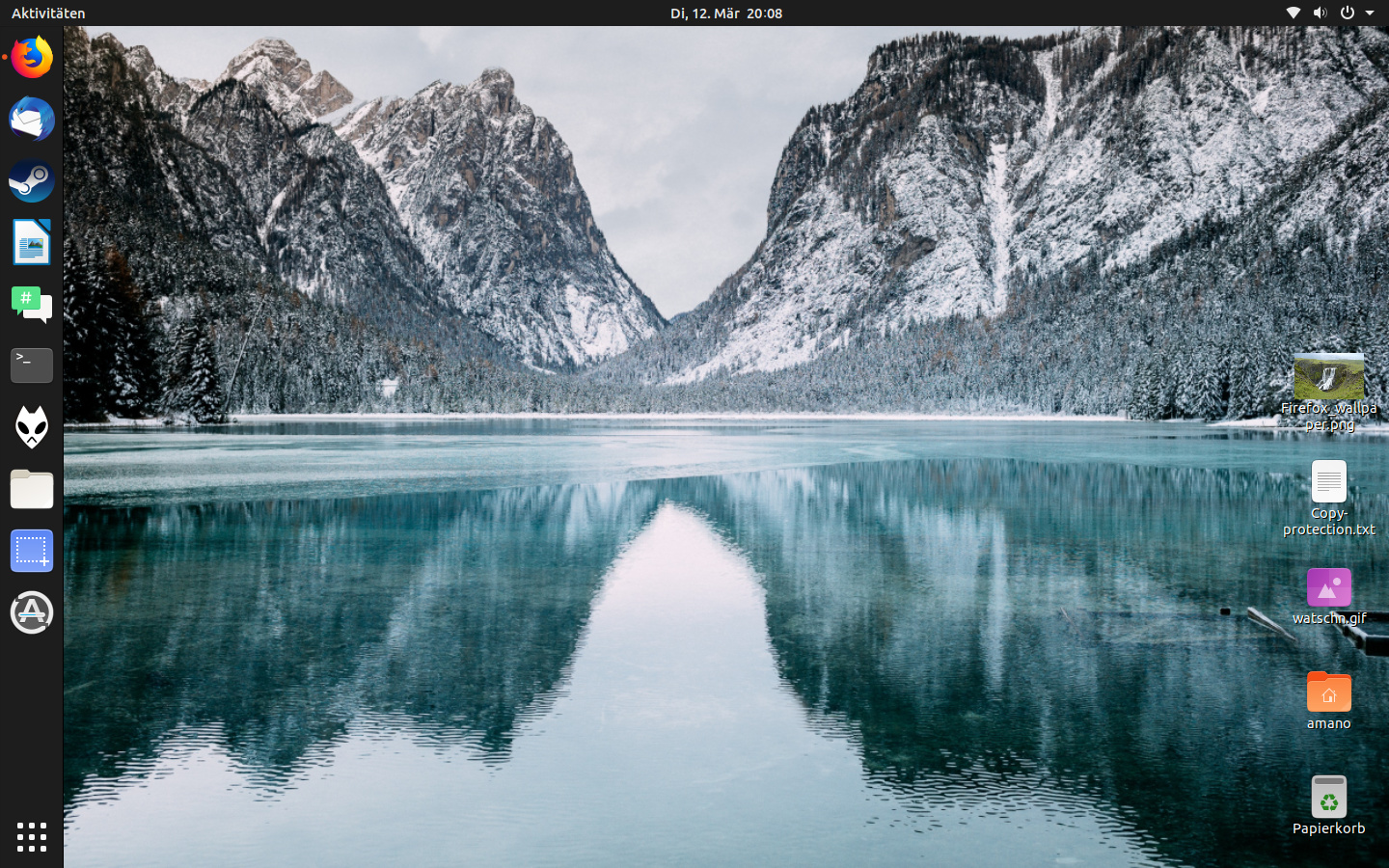 Restored a minimal Sundry menu for upgraders (it’s at least better than X-GNOME-Sundry). To get rid of it, after upgrading, run gsettings reset-recursively org.gnome.desktop.app-folders (assuming you haven’t made any customizations to the app folders).
EDIT3: This command removed the Folders just temporarily. They always come back.

Thanks for the nice and unemotional thread. Was a good source of information!

Everything in one place…

Then Disco is more or less ready. Just bugfixes.

EDIT:
Can somebody start up the deb version of GIMP?

I get just that error:

The snap works though.

That little script lets you open Synaptic in the Wayland session just like in the old X times by just clicking on it:

Just create a new script for Synaptic by typing

(Don’t worry, you might have to enter your superuser password twice. That still seems to be a bug with the new and shiny gvfs admin backend)

Within the script file make sure that you add the xhost commands properly. The text should look like this:

Now press “save” and from now on you can open Synaptic just by clicking the icon like in the old “X” times. It looks scary but it isn’t.

When Ubuntu switches to Wayland again such scripts should probably be installed by default then.

I don’t know why though.

Firefox 66 and Mesa 19.0 ended up in the release pocket. So we are now more or less feature complete.

You can test the state of the Firefox Wayland support by following those steps:

Initially I saw just invisible windows. It turned out, that I had Webrender still enabled in about:config accidentally after an unsuccessful Webrender tryout.

EDIT 2 Just as an information: It seems that GDK_BACKEND isn’t supposed to be set globally. It is designed to be set per application. So don’t try to set it up globally, it will probably just not work or even prevent to start the desktop session. If you want Firefox to start up automatically, you will probably have to edit the firefox.desktop file (instead of Exec=firefox %u use Exec=env GDK_BACKEND=wayland /usr/bin/firefox %u. That will pass the per application env just to Firefox.

Is it just for me, or is the ugly ImageMagick icon back in Disco?

@jbicha had succeeded in removing it in Artful and now it is back in my “show applications” list.

It turns out in this bug report, that CUPS in Disco doesn’t depend on ImageMagick anymore and thus can be safely purged for good now.

That was an excellent change for most users.
Those that want to bury their windows in the same position can likely find a setting somewhere, someplace…

There is a new separate thread to discuss this topic: https://community.ubuntu.com/t/center-windows-by-default/10262/4

It is not too important to me because it is easy to change that back in GNOME-tweaks (“windows” section). I think that this is what you are hinting at.

Well, that is true-sometimes, the dock can get stuck on the fact that there is a window when there isn’t.

But with the dock, all you need is pretty much a major Gnome Shell update, and your dead, but Ubuntu Dock is an extension, and so is Dash to Panel.

Edit: The recent updates fixed my WLAN connectivity. It was broken after one package update today.

EDIT2: I finally figured out the culprit of the broken Firefox Wayland support. Of course it was my fault, I have left Webrender turned on although my graphics chip was still blocked for Webrender and didn’t work. Just having this setting toggled prevented Wayland to work properly.

I have a broken user interface in 19.04 release someone help

Packet Tracer still uses libpng12, which isn’t available on Bionic and later. It won’t run without it. The one in Xenial’s repos is outdated (1.2.54), while the latest version in Sourceforge is 1.2.59.