I found this Unity logo, not sure if this is of long term value, but I’ve uploaded it here anyway. 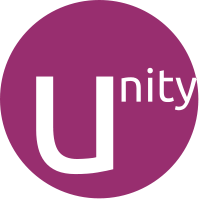 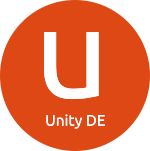 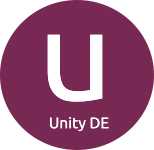 It should be a s simple as that.

I’m not sure if was ever officially used by the Unity project, nor do I know where on Launchpad I came across it, but I always liked the purple circle with the Ubuntu logo ‘u’ that has Unity launcher dots inside.

I can’t find the original right now, but I did make a clone of it to use on my website around time I first came across it. It looked like this (ignore the background and long shadow effect): 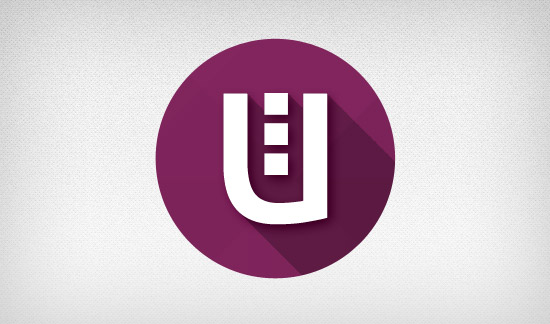 This one looks good though it needs a bit more polish like removing that shadow and Ubuntu signature color (orange) should be the background.

Launcher icons representations, if you want it

Using Joey’s logo, I made this:

Should stress that this is just playing around really, I’m not a logo designer.

If up to me, I’d use the well-established Unity logo provided by @Wimpress. It’s simple, clean, and recognizable.

But even so, here are two additional possibilities: 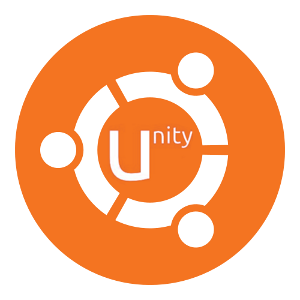 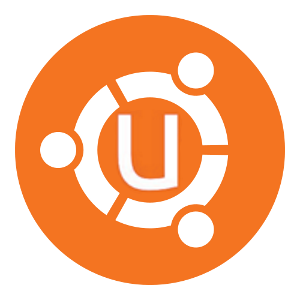 Of course, the colors could be changed, such as to purple and white, or purple and orange, or whatever appropriate.

Should ask Canonical to confirm.

But, given that the project is (as I understand it) permitted to use the “Ubuntu Unity” mark, my guess is that the logo that I propose (which is a composite) would also be permitted, provided permission were properly requested.

But again, should ask Canonical to confirm.

Should ask Canonical to confirm.

But, given that the project is (as I understand it) permitted to use the “Ubuntu Unity” mark, my guess is that the logo that I propose (which is a composite) would also be permitted, provided permission were properly requested.

But again, should ask Canonical to confirm.

Thinking more about it, I would still guess that, given Canonical is already allowing the project to use Canonical’s “Unity” mark, Canonical would probably also allow the group to use either of the previous two logos that I proposed, provided permission were properly requested. But again, that’s just my guess.

However, if I’m guessing wrong, then here’s an alternative that may be permissible: 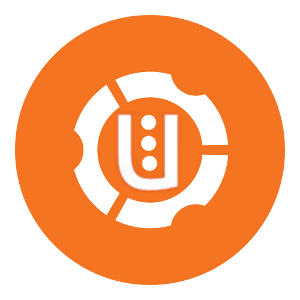 As before, the colors could be changed, such as to purple and white, or purple and orange, or whatever appropriate.

I hope that @d0od likes that dots inside the Unity U.

But just to reiterate, of all the logos proposed on this page, my first preference is the well-established Unity logo provided by @Wimpress. It’s simple, clean, and recognizable.

I’m only submitting this logo as a fall-back, just in case Canonical doesn’t permit using my more preferred logos.

One “issue” with using text in a logo is that it’s become indistinct at low resolutions. The same goes for logos that are overly detailed or intricate. Ideally an “Ubuntu Unity Remix” logo (I am not an expert so this is all my opinion) should:

A helpful thing to do is imagine a logo as a session selector badge on the lightdm greeter and see if it still “works” (is it identifiable, distinct, clear, etc?)

Remember that, if the remix was to go ahead, the logo will be used alongside a word mark (like the full Xubuntu*, Ubuntu Budgie*, et al, where * is the logo) and it’s best to not duplicate the word “unity” in those instances (otherwise it reads as “ubuntu unity remix unity”) 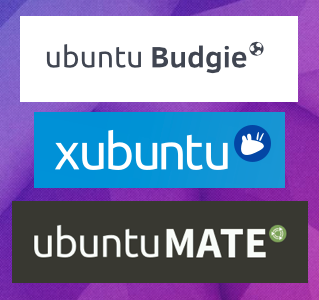 And in that exercise @meetdilip’s logo (cut the Unity DE bit off) works.

This is a really good logo.

The Linux world knows about Unity in Ubuntu, so it won’t be a surprise to anyone, if the new ubuntu-unity-remix would be called just Uubuntu. At first people would be surprised at the two “U” letters, but later everyone would get used to it, just like they did with Kubuntu, Lubuntu or Xubuntu. There is no (real) need to specially say that it is (with) Unity.

So, the logo should be with only one “U” and there should be no mention of “Unity DE” in it. And, also no mention of “remix” too. Especially, the non-Linux world equals Linux with Ubuntu. And, for last 6 years Ubuntu was special (with Unity), so why dilute the meaning? Let it be Uubuntu.

At first people would be surprised at the two “U” letters, but later everyone would get used to it, just like they did with Kubuntu, Lubuntu or Xubuntu.

Historically, the purpose of a trademark is to identify the source of a good or service. From a trademark perspective, “*buntu” names are a bad idea. The two components of an *buntu name are each trademarks themselves. Without getting into details, smooshing together two trademarks creates the risk of potentially diluting each of the underlying marks.

Anyway, whether Canonical’s current policy stems from consultation with a trademark specialist, or is based on some other reason, as @popey previously mentioned, Canonical is no longer receptive to new *buntu names.

I would strongly steer away from *buntu names. Instead, we already have a well established naming scheme.

And in any case, “Ubuntu” and “Uubuntu” would sound too similar (identical?) when spoken, and so the two names would lead to confusion.

Given the above, one may wonder why I guess that Canonical would find either of the first two logos that I submitted (the ones that include the full Ubuntu logo, combined with the Unity “U”) acceptable. Well, what Canonical would decide, I can only guess. But I know why Canonical should find them acceptable. The explanation would take to time to craft. If there is any genuine interest in my reasoning, let me know, and I’ll do my best to explain.