Thunderbird 68 is no longer supported by upstream. We don’t expect it to be practical to backport security fixes to Focal indefinitely. It has therefore become necessary to move to Thunderbird 78.x. It makes sense to do this carefully, using the usual Ubuntu SRU process to maximise QA.

Users may face disruption to their workflows due to changes between Thunderbird 68 and 78.

Enigmail users will face disruption, since Enigmail has been deprecated in Thunderbird 78. They will need to switch to Thunderbird 78’s integrated PGP solution. The enigmail package will be updated to a version of the plugin that guides users through switching to the native Thunderbird PGP implementation.

The tinyjsd package will stop working. This extension is deprecated upstream and doesn’t function with Thunderbird 78. We believe that in practice this will only affect a tiny proportion of users, if any.

The jsunit package will stop working. This extension has not been ported to Thunderbird 78 by upstream. We believe that in practice this will only affect a tiny proportion of users, if any.

Users of Ubuntu 20.04 not wishing to update beyond Thunderbird 68.x may instruct apt to hold or pin the package, but this is not recommended as the package will no longer receive security updates.

This decision was discussed and then approved by the Ubuntu Technical Board on 2021-01-26. It is tracked in bug #1895643, which also includes the original and further discussion.

The enigmail package will be updated to the version that provides the migration path to Thunderbird 78’s integrated PGP solution. Versioned Breaks will be added (both ways) to make sure that the thunderbird and enigmail packages are both upgraded if both were previously installed.

Note: due to the massive and rapid changes in the Mozilla Platform, TinyJSD is no longer actively maintained. The last version supports Thunderbird 60/SeaMonkey 2.57. We recommend to use the standard Developer Tools that are shipped with Thunderbird. »

Support for Thunderbird in Enigmail will therefore be discontinued.

Unfortunately this also means gContactSync no longer works as I’ve discovered. Learning to live without it…

edit: and leave some donations to the dev

The update is now live in focal-updates.

Any plans to replaced the deb version with the snap? In my use case, I have been using version 78 via snap for months now. Granted I basic email users (3 different accounts) with minimal calendar via extension. It works for me well. I do not see any issues with it.

There is no plan to do that for now, but it should certainly be considered.

I did notice a note on the developer’s page to please stop asking about Google access so I’m thinking this is a dead end. Cardbook doesn’t integrate as well as gContactSync did but it works AND the developer is apparently working on getting it to integrate better as well so I went with that option.

Could it be that you don’t have the focal-updates pocket enabled, only focal-security ?

Where to check ? Thanks. 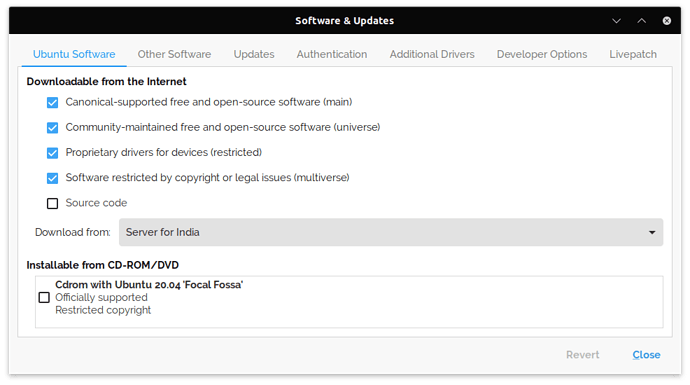 Open the “Updates” tab, and check whether the first dropdown has “Security and recommended updates” selected, or “Security updates only”.

It is set to All Updates 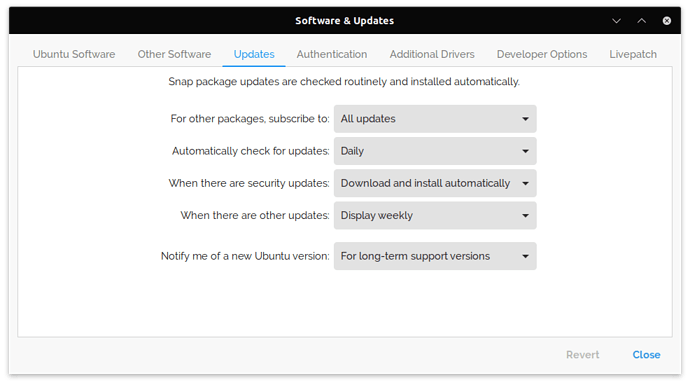 I changed it to Security and Recommended Updates and ran the Software Updater. I can now see an update for Thunderbird.

I am glad that this eventually worked for you.
It could be that the update hadn’t been mirrored to the server for India at the time you first attempted it.

Are you planning to roll out the update to Thunderbird 78 for bionic-updates as well?
Is there a schedule for this?

I am working on the bionic update at the moment.

Thank you in advance for your work, is the bionic update still planned?

And all supported Ubuntu releases now have 78.11.0 in security updates.