Hey to all the Yaru design-team - first, it is nice to hear and to see that a lot is going on

Overall, I’m still very impressed and thankful for what the team is doing, specially the work on the GNOME base is IMHO very important.

Like some of you maybe remember, I’m very concerned about the ordinary user (which, especially with Ubuntu, cannot be disregarded) and also because of my job background I can provide experience and input. So I like to keep it objective and don’t just throw “I like and I don’t like” around. So you can take whatever you like from it, or discuss further below.

Purple:
This will give people a lot of discussion material, because it changes a lot of the look and feel. As far as I remember, purple was always only a color for background and wallpapers (like Canonical is the background for Ubuntu?). With the start of Yaru and the last releases, the color theming was maybe a little conservative (because it was inspired by other OSs and Suru) but overall often self-explanatory with color feedback. Which is often well thought out.

We will see if this is lost, or if the purple is holding up to it and just have to get used to it. At least in the areas where color feedback takes place, you should think about whether this is a good idea.

At least in the Yaru Dark the contrast of the purple is not different enough to the dark background as far as I can see it on the pics.

So overall to say: please be careful when changing helpful color schemes to which users - also from other systems - have got used to. Last but not least, some are likely to be bothered by the color itself.

I don’t fully understand the experimental folder icons. The grey ones are maybe working for Yaru Dark, but I don’t see the variations work with Yaru itself. Dark and white just don’t look right, the gradient ones could work, but they are a quite different style than any other (rather flat) icon in the system. But I guess this is still experimental. I wouldn’t prefer a more nerdy or “pro user” looking icon set, to not scare off simple user ^^

I like the overall thought that branding is important and should take place in a system like Ubuntu. But not every possible way should be considered, because it can be too much. Just visit the official Ubuntu website and have a look at the colors and the look. Dark gray and white, strong orange and green. Light blue and some variations. Very much like Suru. But for example, purple just for some background gradient, because it is more Canonical than Ubuntu. That’s also part of the branding.

Like I already mentioned and mocked-up, it would be a present from heaven to have more personalized settings (Ubuntu design discussion). That way the system can be quite conservative for the ordinary user, but the pro-user can quickly change the look to whatever he/she want. You can never serve everyone, but that way Ubuntu can serve a lot more people with features already included - like Yaru Dark and Light.

So maybe you think as a conclusion: Ubuntu should stay more conservative? IMHO yes. Yaru was overall well received and Yaru Light could also may be the best theme for the masses. Well see. If Ubuntu still wants to be for the masses.

Also I have in mind, that changes for change’s sake doesn’t always equal progress. A OS for the masses overall has to be a bit more conservative to be accepted. Also, it should feel more like there is a definitive direction. But I guess the design-team has a better inside-view of that.

I will currently only reply to one part of your feedback - the folders:
you should really build from master and see the actual look. The mockups only cover the idea not the real look. Here are some screenshots: 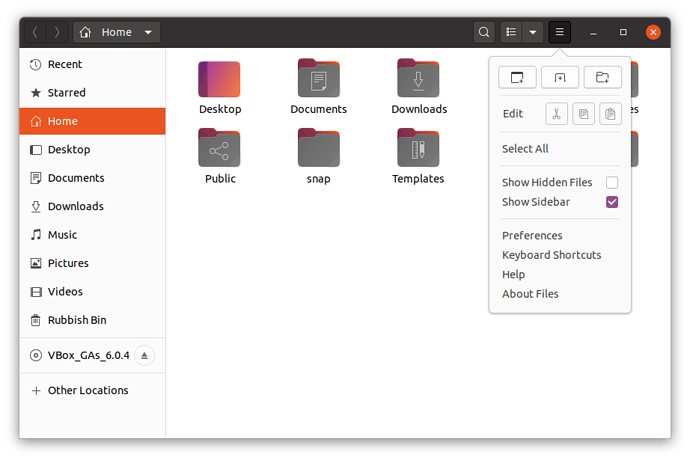 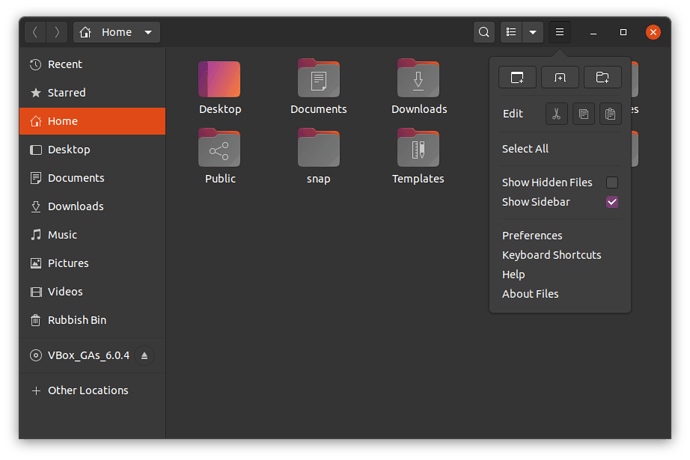 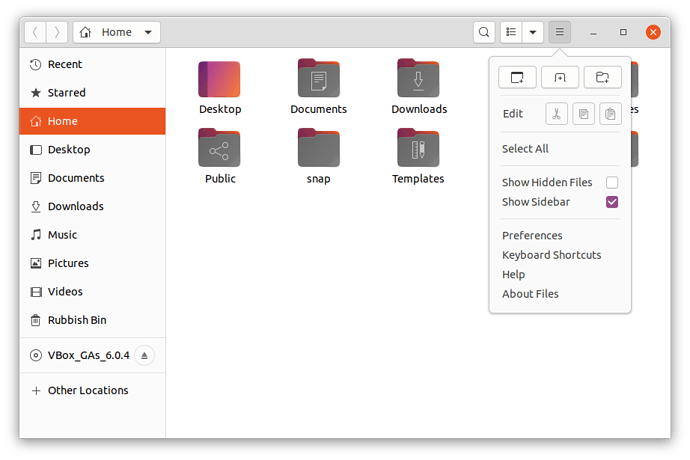 I don’t want to

adorn myself with borrowed plumes