When releasing a new Ubuntu release or point release one important QA step consists in ensuring that any valid upgrade path from a previous release to the new release works correctly, that is: completes without errors, and after a reboot the upgraded system boots and behaves as expected.

Of course, this can be done manually by installing the release to be upgraded, ensuring that it’s fully up-to-date (apt full-upgrade), running do-release-upgrade, rebooting, and checking if the state of the system corresponds to the expected one. However, other than consuming precious human time, this has other drawbacks: the test platform and the initial and final states of the system are not well defined, so setting up a reproducer after a bug has been found is not straightforward. Moreover, it’s desirable to run upgrade tests daily and not only at release time, to make sure that upgrade regressions are spotted early. There is, in other words, the need to automate the upgrade testing process.

The auto-upgrade-testing package automates upgrade tests leveraging the autopkgtest tools. The package has been in use internally for a long time, but wasn’t present in the Ubuntu package archive (at least, not for any supported release). The package has now been brought to more moderns standards and uploaded to the archive, and it’s available for installation on Kinetic.

The tool takes an upgrade profile as its input, which defines things like:

How to use it

First of all, let’s install the package:

Note that it’s only available on Kinetic for now.

All these upgrade profiles use the qemu autopkgtest virt server (autopkgtest-virt-qemu), so make sure that the user launching auto-upgrade-testing is in the kvm group. The tool doesn’t require root.

Now an upgrade test can be launched with:

By using this profile the “base” bionic image will be built using autopkgtest-build-qemu, prepared according to the upgrade profile, and cached under /var/cache/auto-upgrade-testing/. Images can safely be removed from there: they’ll be recreated as needed.

Details on how to write an upgrade profile will be covered in a follow-up post.

The tool source code is hosted on GitHub:

while bugs are tracked on Lauchpad: 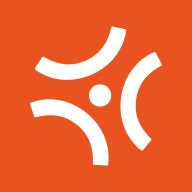