Install Ubuntu on WSL2 and get started with graphical applications

ⓘ Note: As of November 2022, WSL is now available as a Windows Store app for both Windows 10 and Windows 11. This means previous tutorials related to installing WSL as a Windows feature are no longer required.

WSL can be installed from the command line. Open a powershell prompt as an Administrator (we recommend using Windows Terminal) and run:

This command will enable the features necessary to run WSL and also install the default Ubuntu distribution of Linux available in the Microsoft Store. It is recommended to reboot your machine after this initial installation to complete the setup.

You can also install WSL from the Microsoft Store.

The WSL app is availble to install directly from the Microsoft Store like other Windows applications.

Click on the item Windows Subsystem for Linux to open the corresponding application page. 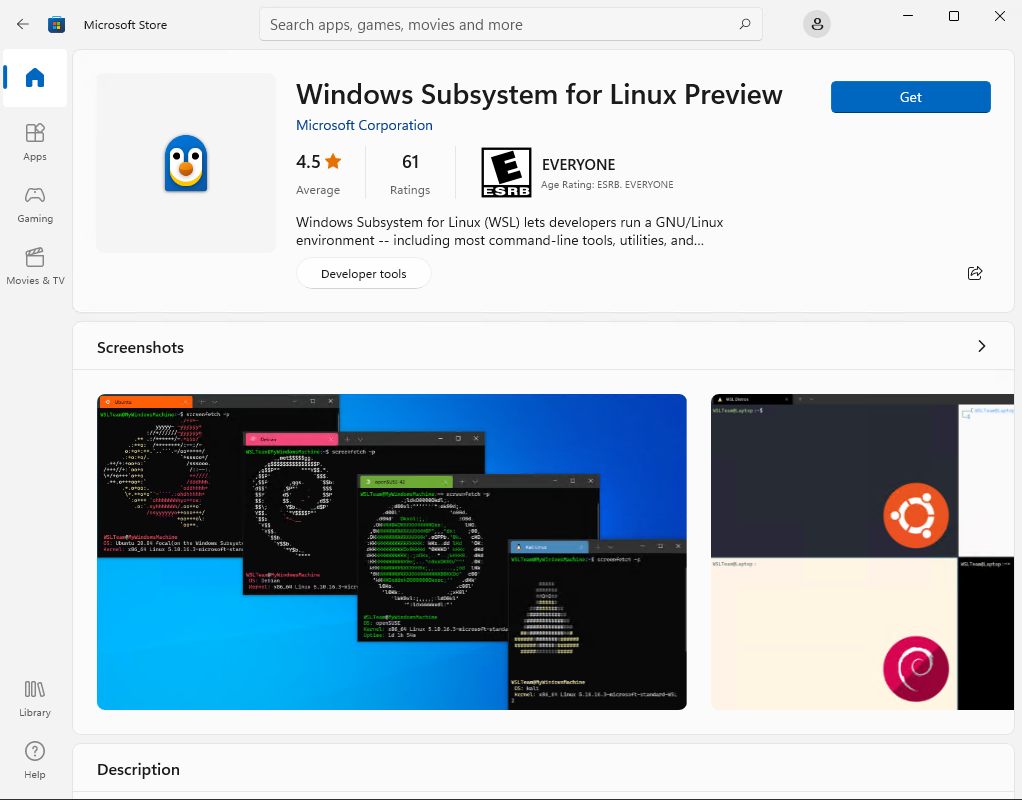 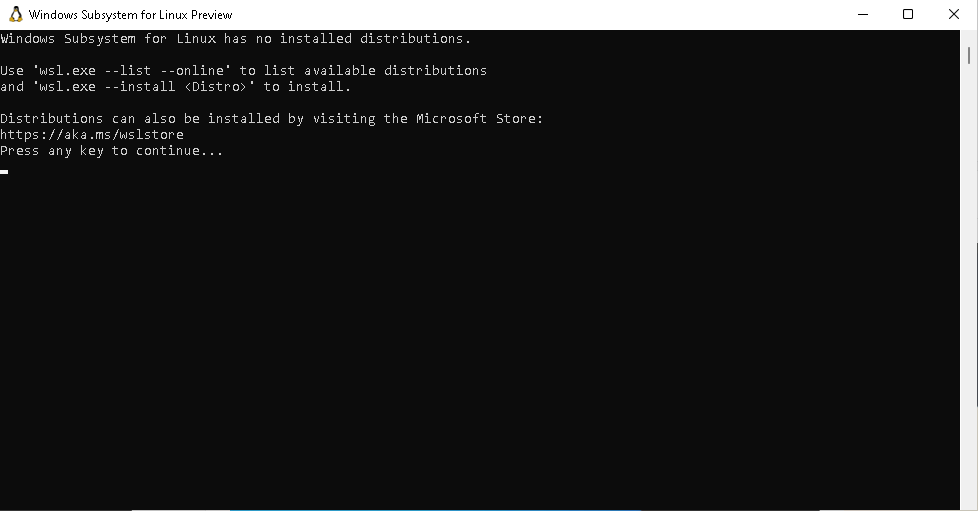 WSL supports a variety of Linux distributions including the latest Ubuntu release, Ubuntu 20.04 LTS and Ubuntu 18.04 LTS. You can find them by opening the Microsoft Store app and searching for Ubuntu. 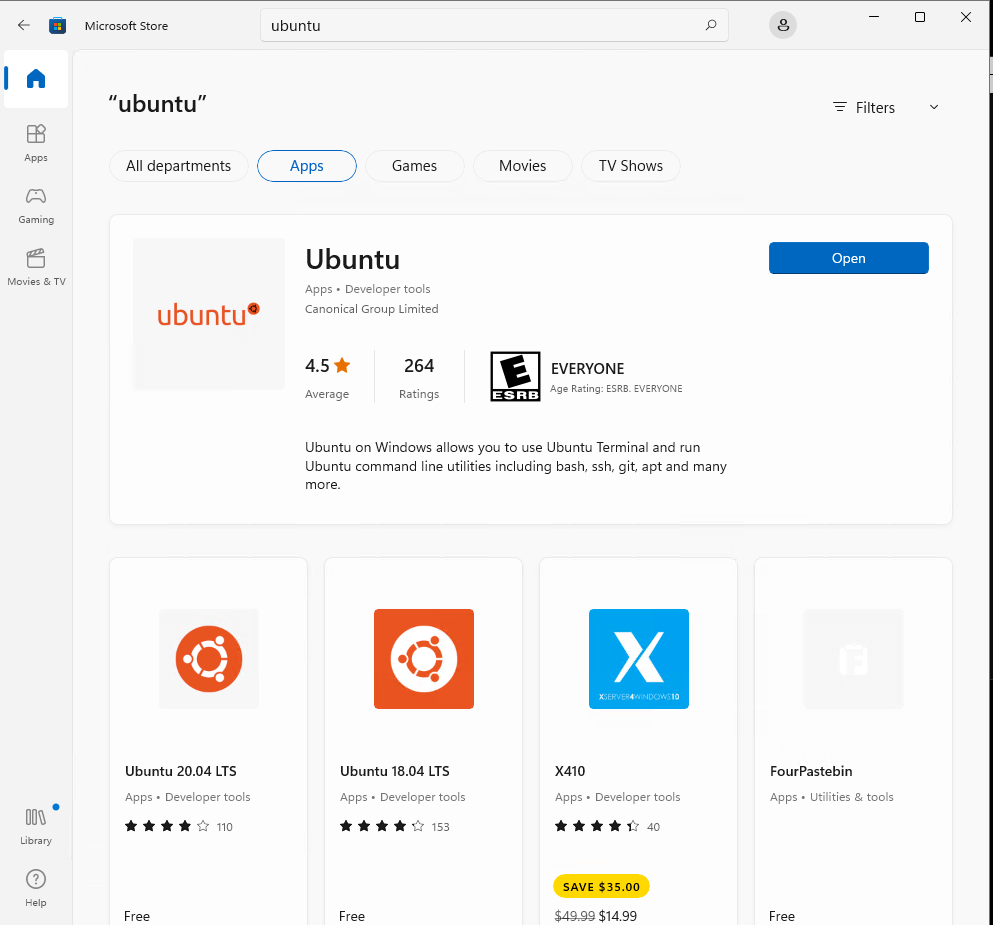 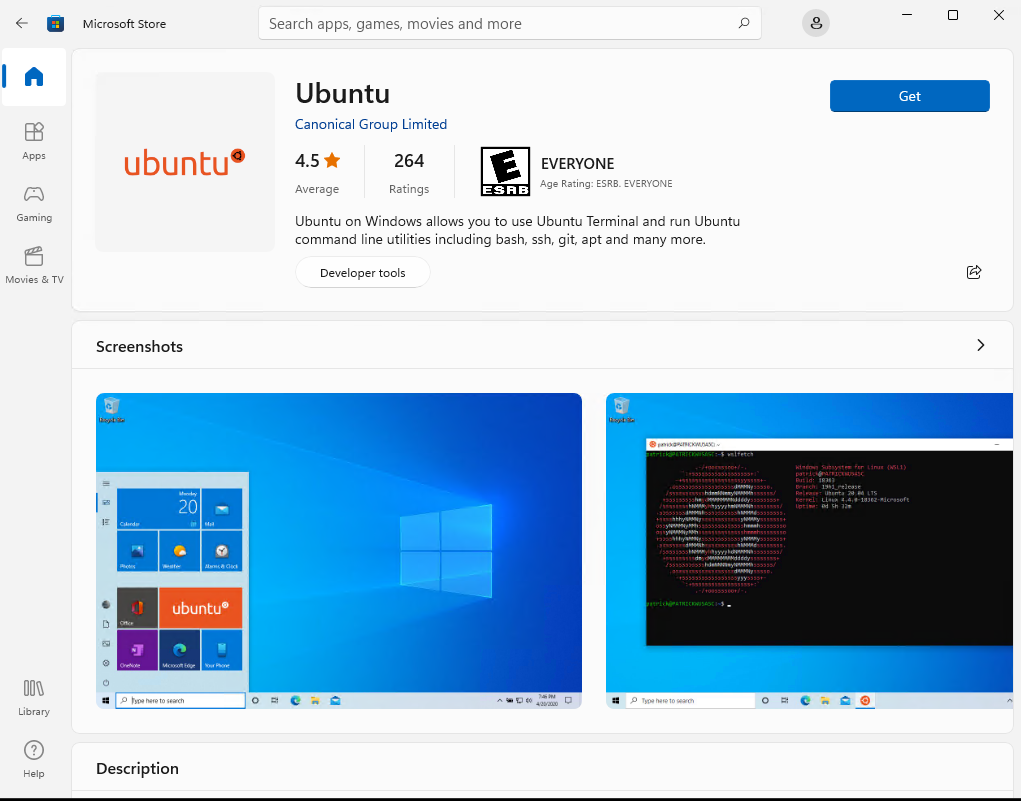 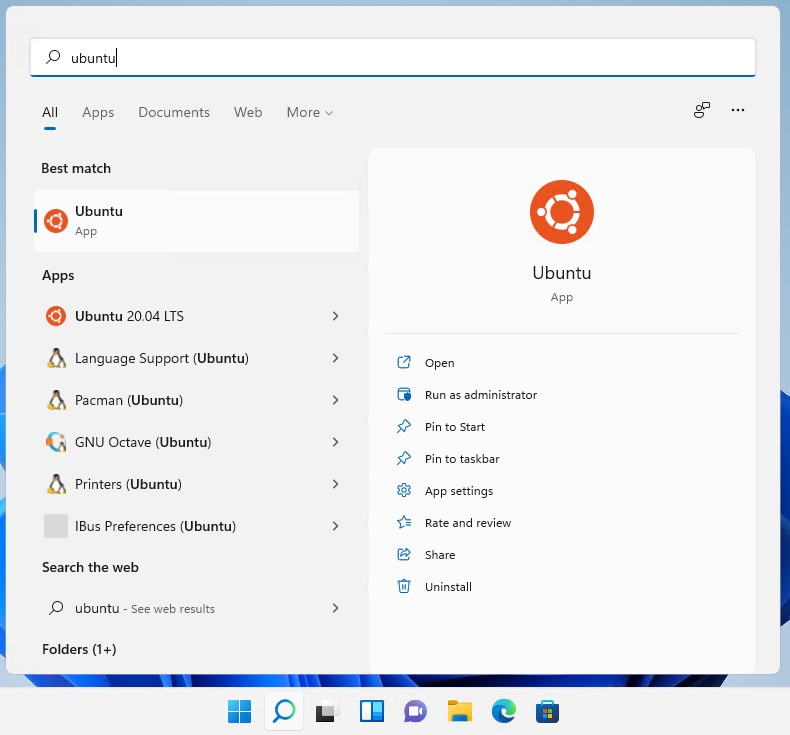 Install Ubuntu from the command line

It is possible to install the same Ubuntu applications available on the Windows Store directly from the command line.

In a Powershell terminal you can run: 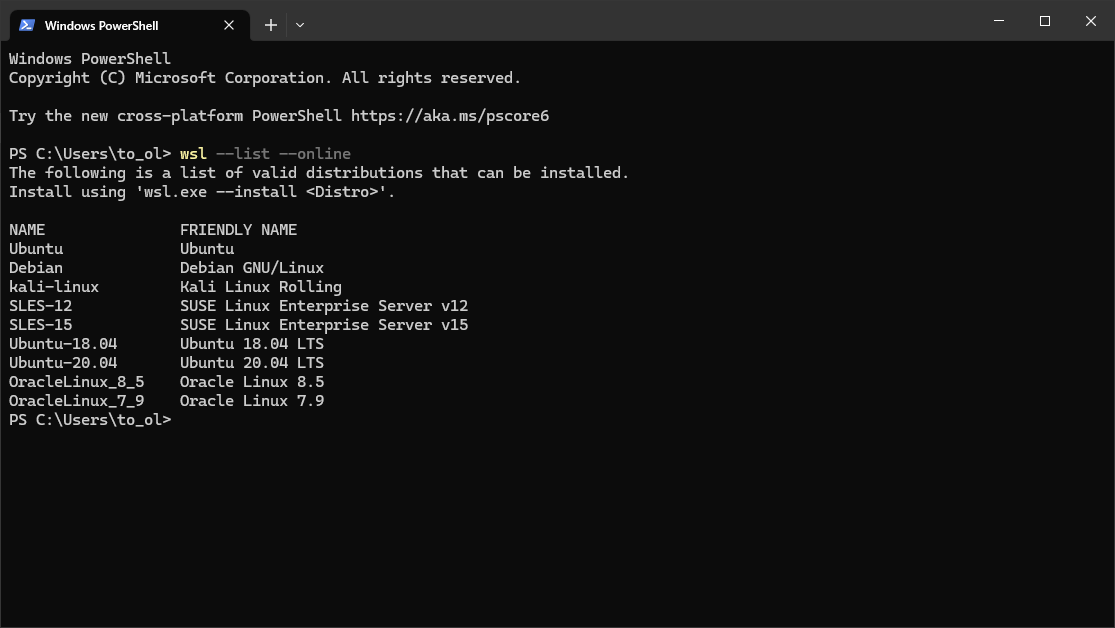 You can install a distro using the NAME by running: 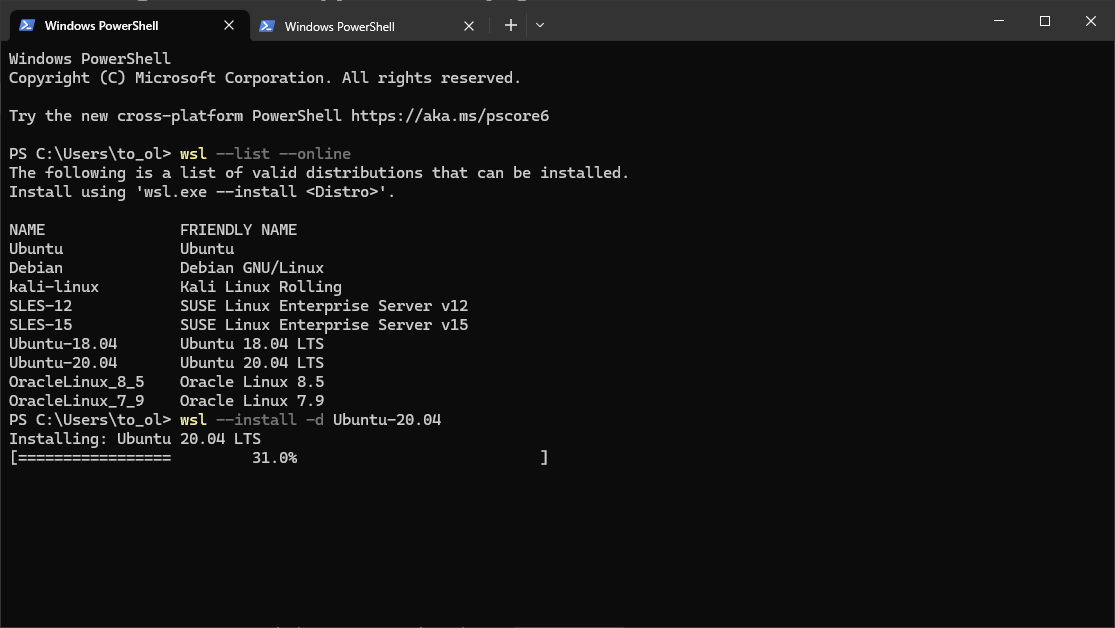 Use wsl -l -v to see all your currently installed distros and which version of WSL they are using:

In September 2022, Microsoft announced support for systemd in WSL. This long-awaited upgrade to WSL unlocks a huge number of quality of life features for managing processes and services. This includes snapd support, which enables users to take advantage of all of the tools and apps available on snapcraft.io.

To enable systemd you will need make a small modification to /etc/wsl.conf in your Ubuntu distribution.

Run `sudo nano /etc/wsl.conf’ to open the file and insert the following lines:

Then restart your distro by running wsl --shutdown in powershell and relaunching.

ⓘ Systemd is enabled by default in the Ubuntu Preview application. 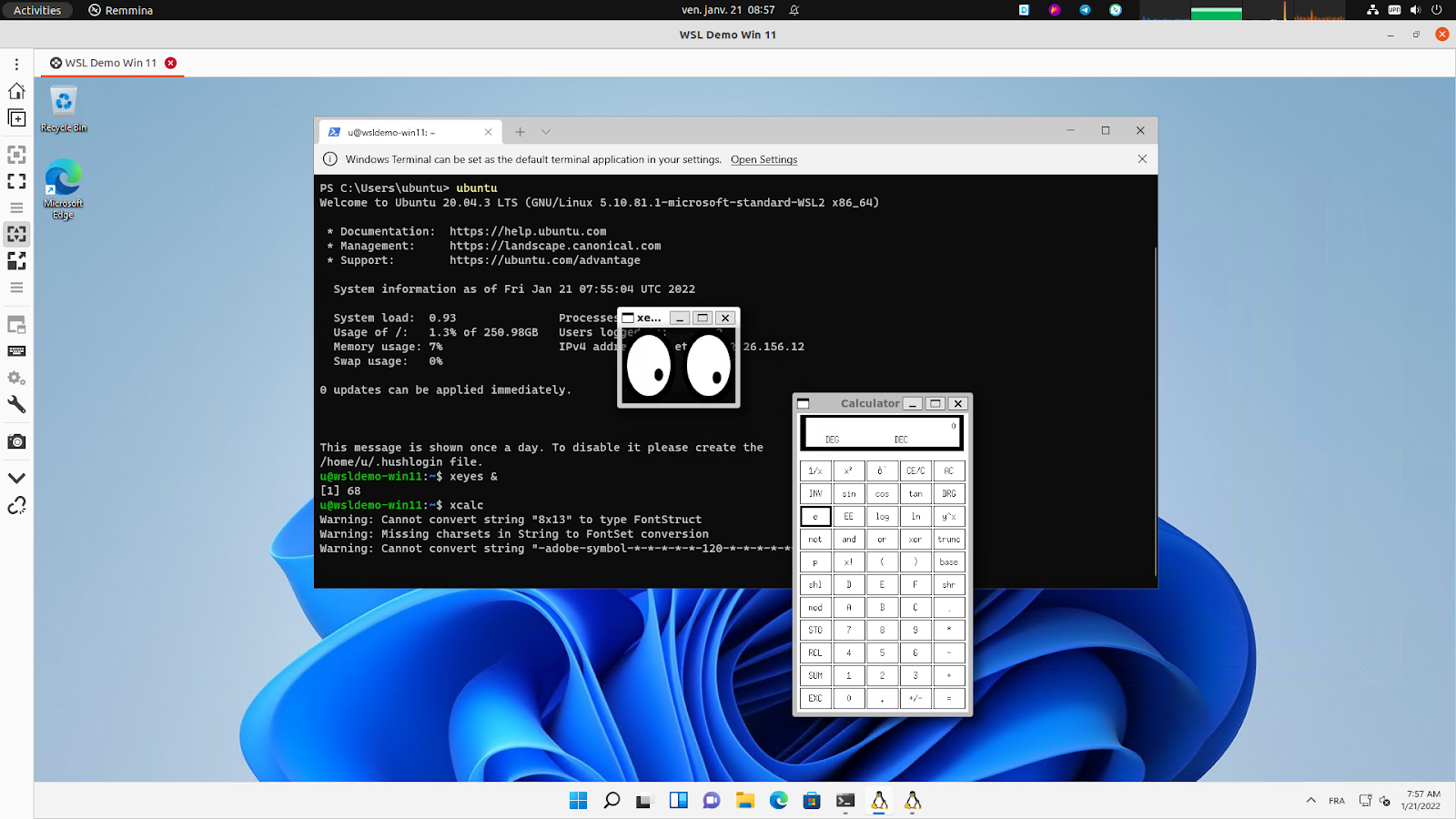 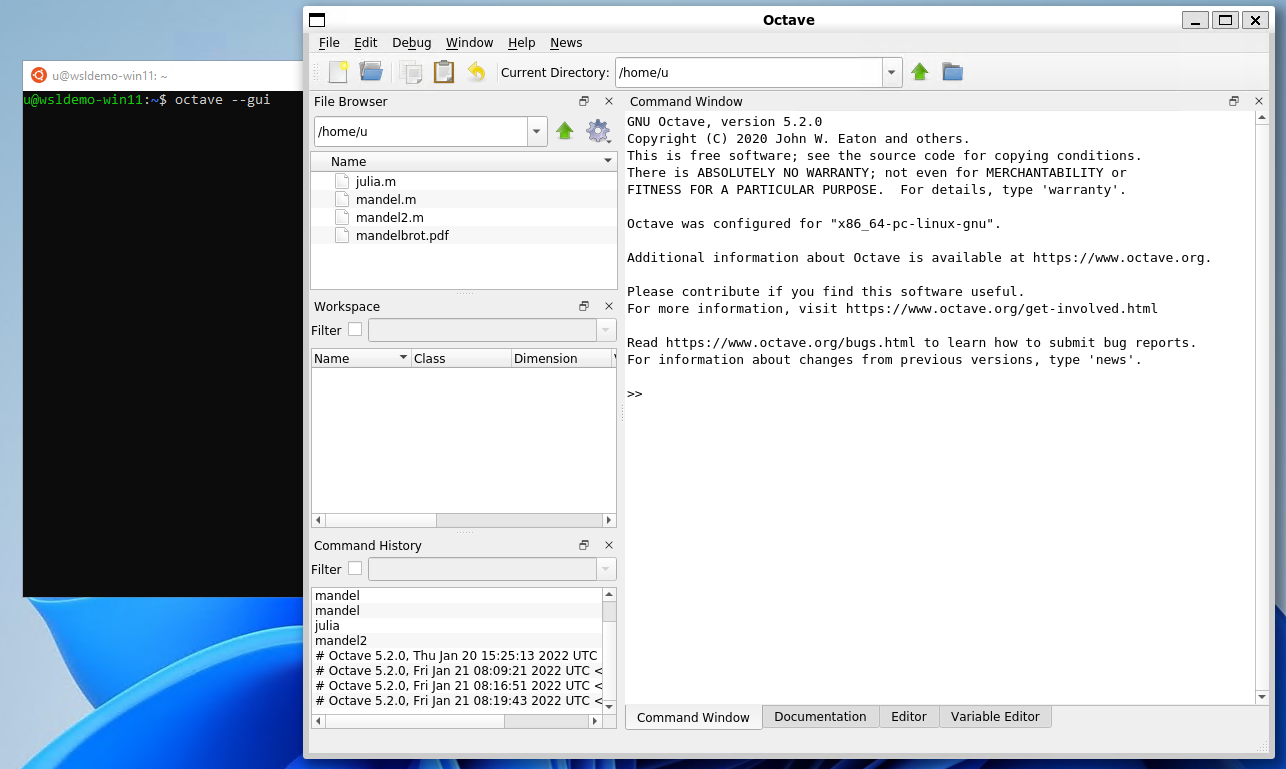 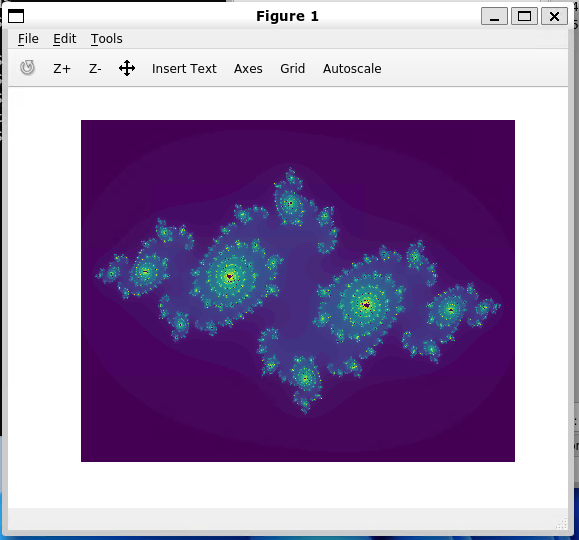 Confusion: on 11/25/2022, in Windows Store, my choices are “Ubuntu”, “Ubuntu 22.04.1 LTS”, Ubuntu 22.04.05 LTS". But these formats DO NOT MATCH the “Which version should I choose?” section! You need to UPDATE this section to match the actual/current Ubuntu builds available in the Microsoft Store.
Obrigado!
—Ben

Thanks @diddledani, I’ve streamlined the tutorial and updated to reflect that this now applies to both Windows 10 and Windows 11. If you have any other feedback items let me know

It’s probably worth mentioning that wsl --install now installs WSL from the store, rather than the Windows Inbox version. The Store version of WSL is now the default experience since the store version reached 1.0 a couple weeks ago. The recommended by MS way to install WSL is via wsl --install because of this.

Installing manually from the Store UI without wsl --install requires the extra step (i.e. enabling the “Virtual Machine Platform” in “Add/Remove Windows Features”) before it will work.

There is a typo in the following paragraph:

It is recommedned to reboot your machine after this initial installation to complete the setup.

Change it to recommended perhaps? Thanks for the guide.

Done, thanks for checking out the guide!