Summary of items per grouped table

A group summary consists of a string of text styled to be less conspicuous than the title. It is layout agnostic, and follows the layout of the parent container. 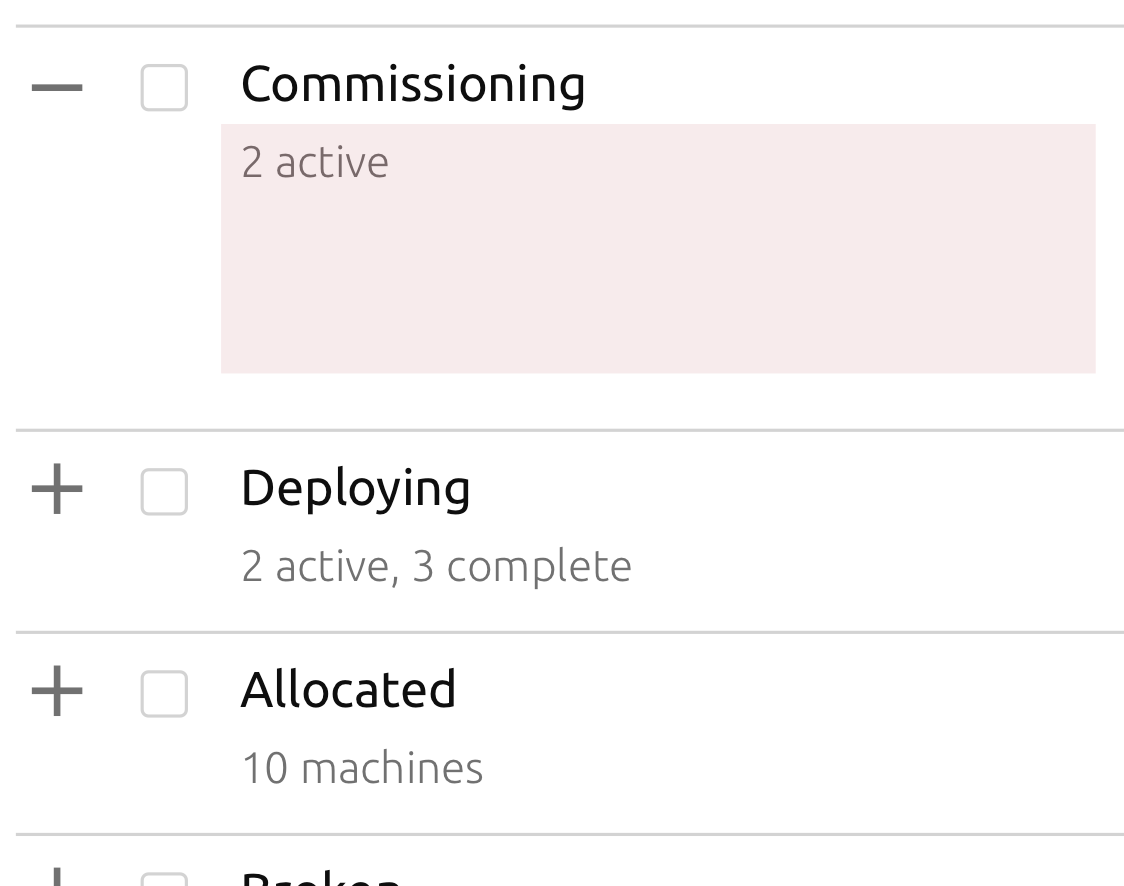 Aside for the column by which a table is grouped, the rest of the content can be sorted by cycling through the available modes (e.g. Ascending, Descending, restore default) (full size images in zeplin):

Sorting the groups themselves may require more options: In addition to alphabetical, sometimes a predefined order might make sense. For example, MAAS “group by status” orders failed machines first, the rest by lifecycle.

Additionally, control over the sort order may be given to the user with respective sorting UI, as illustrated below.

Default: Option A, simple cycling through available states. (In some cases, we may want to prevent certain sort orders, so the available orders should be specifiable by the UX designer ) 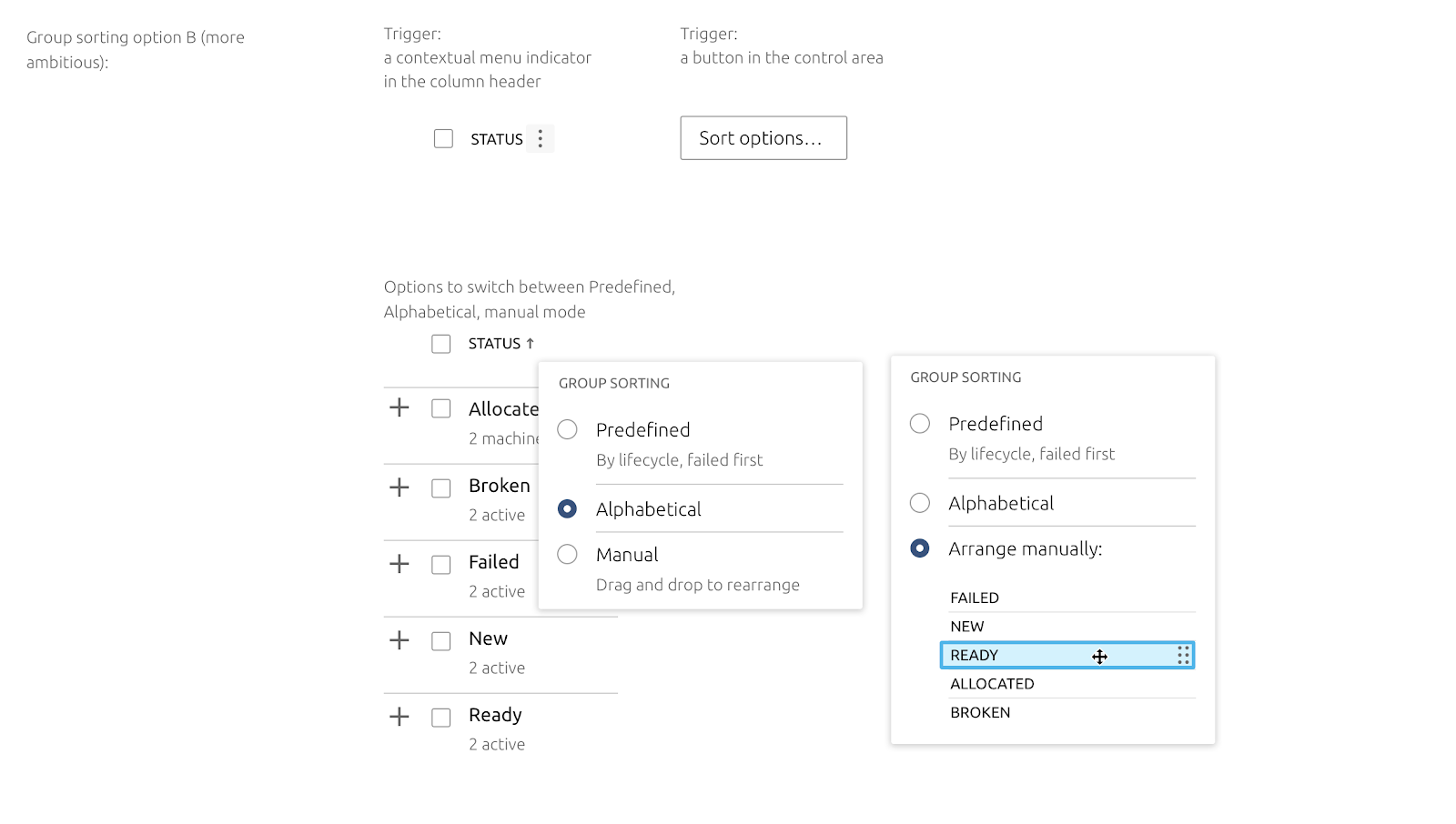 Default: Display “group by” options in a dropdown. When embedded in a control area, the dropdown’s border may be omitted.

When there is sufficient space to display all options, consider displaying them as a row of radio buttons, which saves a click: 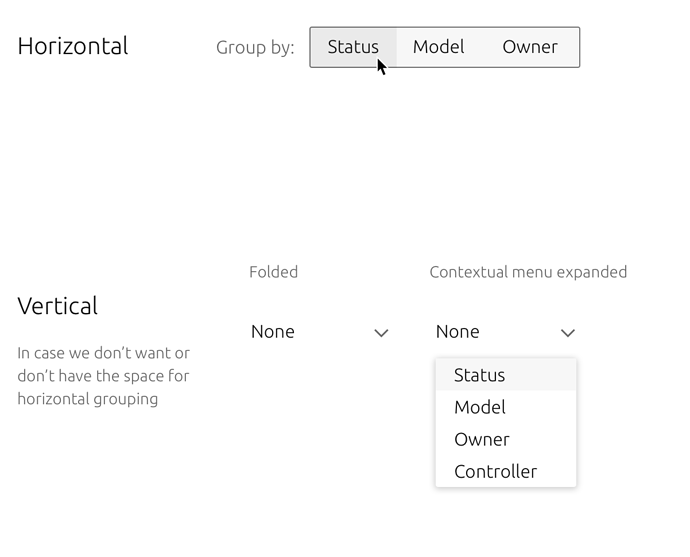 Multi-level grouping [this is put on hold, further explorations to be planned at a later date]

In some cases, recursive grouping might make sense. For example, you might want to look at all broken machines with the same owner in the maas machine listing with 20,000 machines.

This would require a more complex set of grouping controls, where the user can add/remove/reorder multiple levels of grouping. TBD.

Grouping in the modular table borrows the best parts of grouping in MAAS and RBAC. (For a detailed comparison of grouping in RBAC, MAAS and JAAS, see this zeplin section and the ones preceding it).

The grouping header may can contain the following information:

Depending on available space, the group header can be displayed as either a column (the default) or a row (when there is no room for a column). 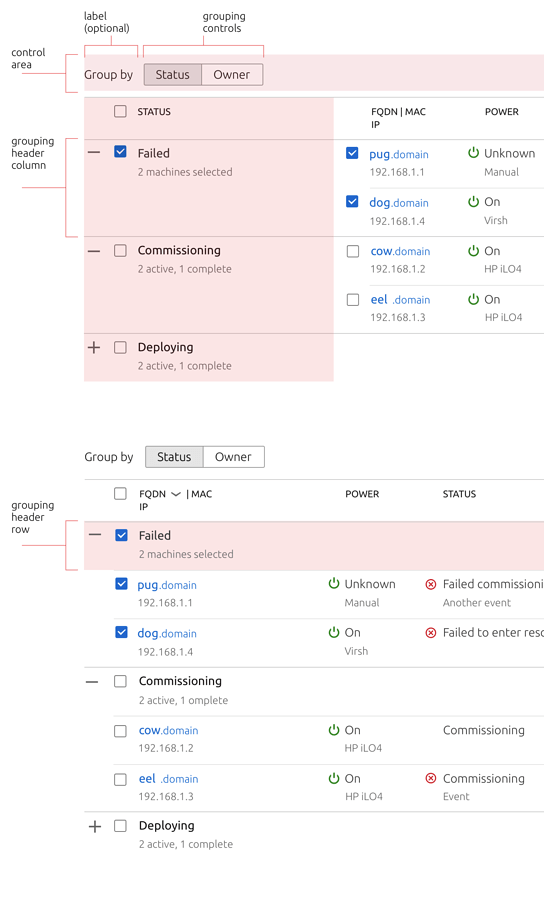