For other Ubuntu Flavours:
Snapd might not be installed, or deliberately blocked, in that case installing snaps would fail. I see that in your shell script it does not do checking against whether the snapd package is installed. I suggest adding that check, likewise with flatpak. Then the script proceeds to install the snap/flatpak version of packages like OBS Studio. And if neither of them is on the system, let the user choose?

Let me know the time on Friday and I’ll go ahead and add it to the schedule!

Anything that is going to make’s Linux easier for new users is a win in my books.

Although Ubuntu is no longer my distro of choice I thought I would drop by with a few suggestion’s.

Add easy to follow documentation with tips and tricks on how to use these tools; eg; With steamtinkerlaunch you can install other programs into a wine prefix.

I thought I would drop by with a few suggestion’s.

Recall from the announcement that you are welcome to help with much more than suggestions:

Rather than post a list, add the feature.
If you don’t know how, then ask. Today is a great time to learn.

Let me know the time on Friday and I’ll go ahead and add it to the schedule!

Yes, that should! Can you get me a short summary of your stream? Like, a paragraph or so? I’ll get everything added!

Sure @madhens, will DM them to you on Telegram :)

I suggest you to include Mumble, if you haven’t yet.

This includes MangoHud, Goverlay and vkBasalt. MangoHud is a Vulkan and OpenGL overlay for monitoring FPS, temperatures, CPU/GPU load and more. Goverlay is a graphical UI to help manage MangoHud overlays. vkBasalt is a Vulkan post processing...

Which source should be used instead then?

Then execute this in the folder you have downloaded it.

Not all of them are packaged for ubuntu and if they are, they are sometimes horribly out of date and 5 years old. Nightlies and betas might help.

Tools:
GreenWithEnvy to check an NVIDIA card and modify the clock speed.
https://gitlab.com/leinardi/gwe

I think making sure that gstreamer is installed in 32 AND 64 bit helps with games complaining about missing codecs and parsing for mpeg and mp3.

@rs2009 do you need help with the various suggestions?

I’ve completely rewritten Gamebuntu (https://twitter.com/gameonubuntu), so that people have the freedom to choose what they want to install. You can choose from amongst 4 launchers, 2 kernels, 10 tools, 1 streaming app and 1 social app ATM. You can suggest more apps on this thread. 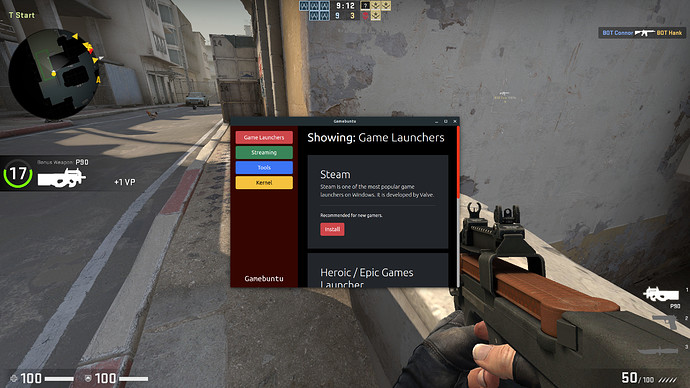 What about Replay Sorcery?

This is SERIOUSLY impressive for someone of your age, and people like you are honestly incredible (FYI the D9VK creator and now DXVK+VKD3D-Proton developer Joshua Ashton is like 19), you’re the future of Linux and Linux gaming, and it’s incredible. But if you want some legitimate constructive criticism. I suggest you take a look at Garuda Gamer. I guess this reference is before your time, but Garuda Gamer is basically the fully evolved Pokemon version of your base Pokemon application.

Here are some screenshots of Garuda Gamer: 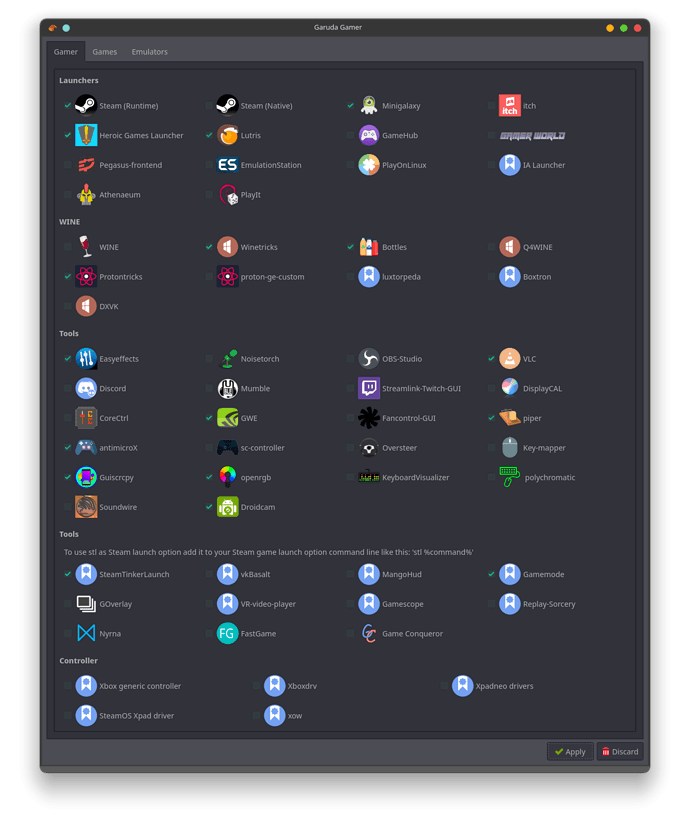 Note that it has sections for launchers, wine, general tools gamers might want, and then Steam tools, and then Controllers. That’s just the “Gamer” tab. Also I believe everything from your newest iteration is available just in this tab alone.

Now this is just half of this tab, there’s a bunch more to scroll through, but you get the idea. A ton of FOSS games that are in the repos that the user can download with two clicks.

Basically every emulator a Linux gamer could ever need. And then look at the design, as well. It’s clean, it’s easy to navigate, it’s really easy to use.

Hopefully you take this as actual constructive criticism and in no way a diss on your project, because it’s amazing what you’ve spun up in such a short time. 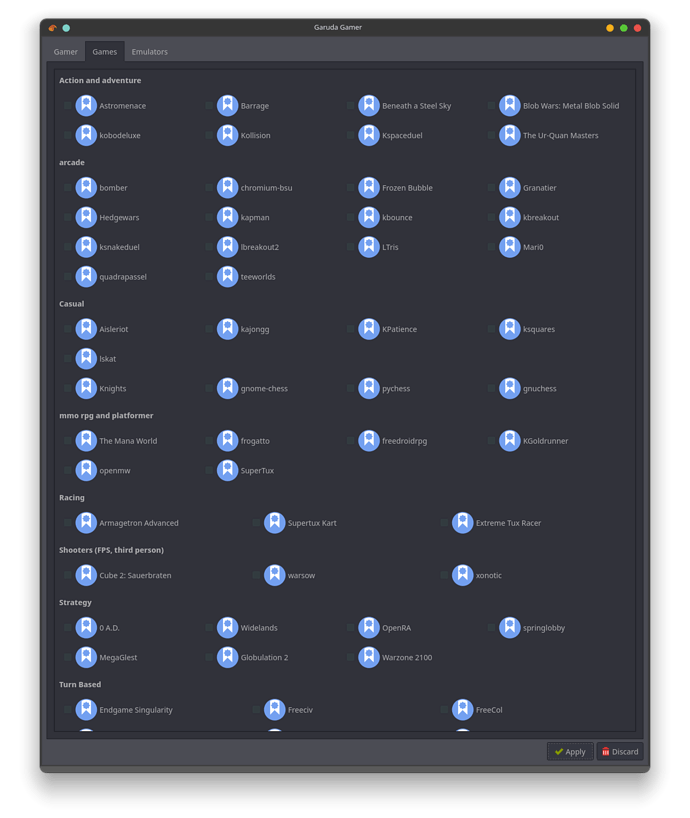 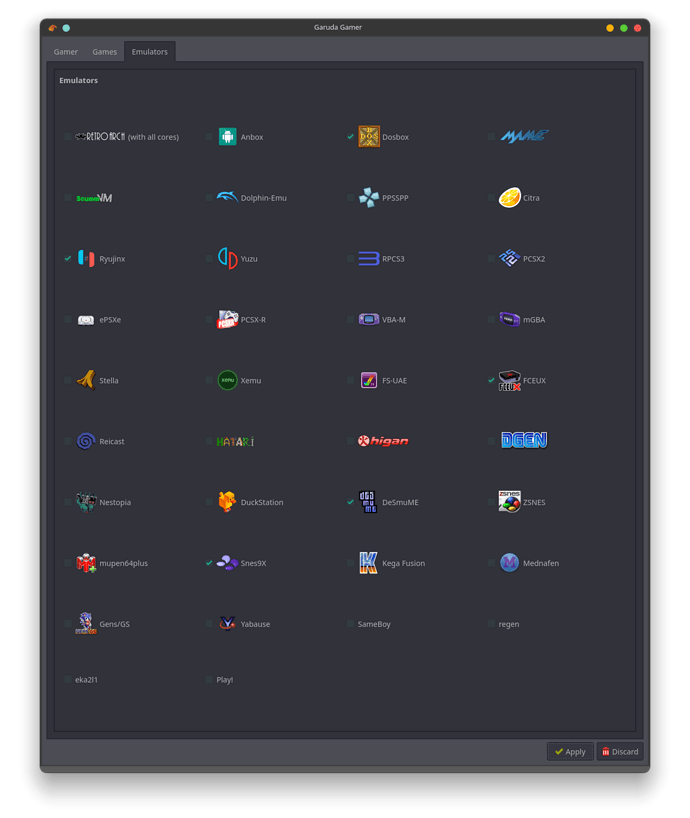