Please see component versions for a list of updated components.

Allowing users to build powerful user experiences with Android running in the cloud is a mission Anbox Cloud follows since the beginning. While working with customers, we found that a helpful optimization is to offload the virtual keyboard a user is using from the cloud instance back to the actual device receiving the video stream. This allows users to continue using the virtual keyboard they know, have already trained and are fast to type with.

Anbox Cloud 1.11 allows this integration for Android clients through a new Android library. The library provides a wrapper around the standard Android Webview, which is utilising the Anbox Streaming SDK to connect to an Anbox Cloud instance. The wrapping webview integrates with the client’s Android operating system and connects the cloud instance with the local virtual keyboard to exchange typed text and other input events.

Anbox Cloud now supports hardware accelerated video decoding for H.264 inside the Android container on Nvidia GPUs. This allows for faster and smooth video playback as decoding is entirely offloaded to the GPU and not executed on the CPU anymore.

More video codecs will be supported in the future. 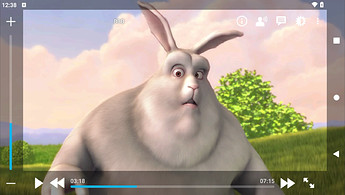 Various Android applications depend on a WiFi connection and might even crash when executed on a device which doesn’t include support for WiFi. To allow these applications to work on Anbox Cloud, WiFi support is now available behind a feature flag.

Connectivity wise, nothing changes for the Anbox containers, except that the Android system now uses WiFi instead of ethernet.

To enable WiFi support for all applications, simply run: 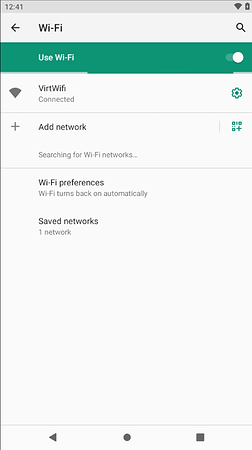 You can now disable automatic application updates when a new image version has been received by AMS. With setting

AMS will not attempt to update any application automatically. Updates must be applied manually by running

AMS now allows the manual import of older image versions. In some cases, it is necessary to continue using a specific version of an Anbox image for testing or compatibility reasons. An image of a specific Anbox Cloud version can be imported with the following command:

This will import the 1.10.1 version of the bionic:android10:amd64 image under the name myimage into AMS. Applications can reference the image by its name myimage.

Feature flags for the Anbox containers can now be recorded in the application manifest in addition to the global configuration item container.features.

New deployments created with 1.11 will use a larger network subnet (/20 instead of /24) for the Anbox containers to allow more than 255 containers per node.

Please see the general upgrade guide for instructions of how to update your Anbox Cloud deployment to the 1.11.0 release.