Ambiance GNOME theme bugbears and what can be done about them

Definitely like what you did there in the top-right of the image you posted with Nautilus (the sidebar style and colors are very slick, and the tab-like look of the icons in the side bar is awesome!). 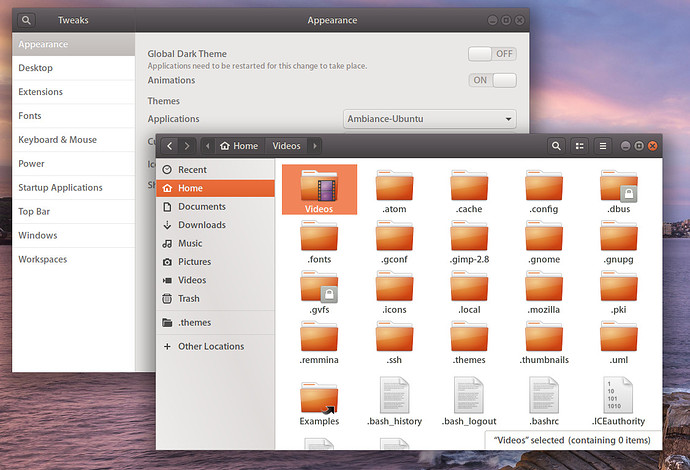 This is in combination with the (very promising) SURU-icon theme. With this icon-theme the titlebuttons are thinner. Which I find to be better

Will this also include updating Radiance theme?

@CraigD some of this items have been fixed recently, but not yet or just released (I guess) (like Switcher widget background goes outside its border)

Hi folks. A couple of weeks ago I took some time to review the Ambiance theme. I concentrated on the theming of GTK controls, rather than Shell/Firefox/LibreOffice (though those are important too).

Orange gets a bit tiresome over large areas. And when it is used as a transparent tint on a grey area, it almost appears pink.

Perhaps the focus appearance could avoid using a tinted background.

Buttons in the header bar are taller than they are just about everywhere else.

As it happens I’m already busy updating the Ambiance-theme. My contribution Ambiance-RW on Gnome-look.org might help you allong the way.

I’m glad to see that this is one of the things improved in Ambiance-RW!

Perhaps the green buttons should be changed to Ubuntu Orange?

We used to have orange commit buttons — and Ambiance in Qt unfortunately still does. The problem is that it looks quite similar to red for danger (while really dangerous buttons are often left plain).

Was quite a big step to come up with a brand new color for Ambiance!

Unfortunately, Gnome has copied iOS in moving commit buttons to the header bar. This layout saves space on small-screen iPhones. But on the screens that Gnome runs on, it makes these buttons very difficult to find. It goes against the whole flow of the window contents, and it’s inconsistent with Windows, macOS, and popular non-Gnome apps like LibreOffice.

We can’t restore the button position in a theme, because it’s hard-coded into individual apps. The next best thing, I thought, would be to use a bright color to make the positive buttons a bit easier to find. So I suggested using the Suru green.

However, this introduces a new problem: when the button is focused, the orange focus ring is hard to see between the green button and the dark grey background.

I’m not sure what to do about this. Just making the focus ring thicker would help, but the colors would clash. Perhaps there’s a different way to make header bar buttons more visible, a style that can also be used for buttons outside header bars, and one that makes focus more visible.

When you hover over a link, it changes to look like a button. This is distracting and unnecessary (Adwaita doesn’t do it).

Checkboxes and radio buttons seem to be much smaller, compared with other controls, than they are in other toolkits.

If you focus a checkbox, that highlights its label, and often highlights a large empty space next to the label — but it doesn’t highlight the actual checkbox! Adwaita’s dotted focus rings are very Windows-95-ish, but at least they enclose the checkbox.

If you focus a radio button, that highlights … nothing at all. Oops.

When you move focus away from a text field, combo box, or list, any selection remains bright orange. This is distracting, and makes it harder to see where the focus is. On other platforms, selections in unfocused controls are usually grey. (In this case, Adwaita has the same problem.)

When a text field is in the error state, it becomes solid red. This is excessive. (Unfortunately I don’t have a screenshot of this.)

The grey background of a step field’s buttons bleeds into the field itself. (You may need to tilt your screen to notice this.)

Other platforms solve this by giving a radio menu a double triangle, rather than a single triangle. (This also hints that the menu will open both upward and downward, rather than just downward.)

Other platforms use a barberpole pattern or pulsing color to distinguish indeterminate progress bars. This might not be fixable in a GTK theme, though.

If you mouse down on a slider thumb, it doesn’t go slightly darker like a button does.

Separately, if you mouse down on a slider thumb and don’t move for a couple of seconds, the thumb weirdly gets smaller. Adwaita doesn’t have this problem (it does something differently weird).

So I suggested using the Suru green.

Ohhh it’s from Suru, that makes more sense, given we’re moving to Suru icons too. Thanks for the info!

and thanks for your hard work on this

If we can fix them, then we will certainly upstream them, subject to the patches being accepted upstream of course.

The next best thing, I thought, would be to use a bright color to make the positive buttons a bit easier to find. So I suggested using the Suru green.

Is it just me that finds this colour way too bright? I know it’s the “suggested action” in GTK+ terminology, but it is so prominent to me that it actually makes it a little bit hard to focus on the content of the dialog. (The red has a similar effect, but I don’t find it so bad.)

The green used is certainly distracting. I agree with that.

I think the differences between Suru on Unity8 and this update to Ambiance is the really exaggerated vertical padding on the buttons, and the gradients on both the button fill and text (maybe it’s more of an up-cast shadow). Excessive contrast is definitely real. I love the green and am in favour of usefully expanding the color palette with the Suru colors, like Azure for the secondary highlight color to contrast with the orange for everything.

As @didrocks mentioned in the other thread, we spent some time with our design team last week to get a list of bugs together for what we want to get fixed in Ambiance while the community theme work is going on.

We’ve got a pretty comprehensive list of bugs together here. These should cover everything mentioned above, but let me know if something is missing and I can add it if necessary. 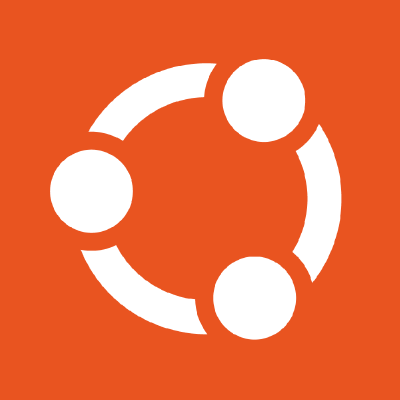 Contribute to canonical-web-and-design/desktop-design development by creating an account on GitHub.

Some of those bugs are fairly self explanatory, but they could probably all use a screenshot or two to better show what’s being addressed, and I will try and get those updated during the next week, or if you can help, please do.

If you’re able to help fix some of these bugs feel free to comment here that you’re working on it. If you need some pointers “@” me on the github issue and I will try and answer your questions. Issues which are tagged with a “Design Team” tag probably need design team input - and they will comment on the issues with that input in due course. If you are especially keen to work on an issue that needs design input let me know and I can try and prioritise it - or make your suggestions on the guthub issue and the design team can +1/-1 etc.

Is it just me that finds this colour way too bright?

If you have suggestions on the button colour ideally please put them here:

IMO, so feel free to close this if you disagree, the suggested and destructive (green and red) colours that are used in GTK UIs are too bright. Attached is a screenshot from Marco that shows them both. (It's a faked up example, usually you don't see...


which is a relatively short list (compared to other projects 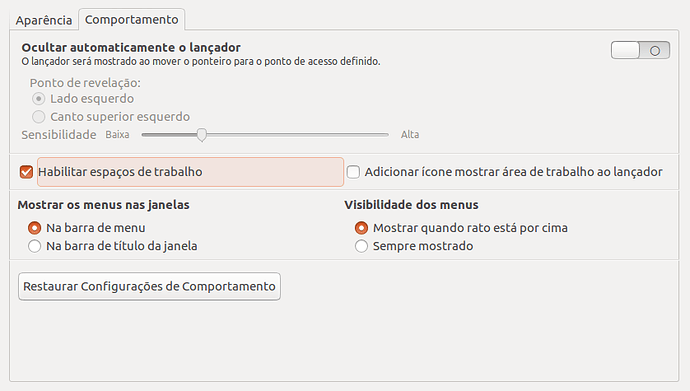 Note that notebook tabs have also regressed since then, you can see in the screenshot.

Can the green " OK " button theme be replaced with something Blue. Even Cyan and Torquise blue are better and less aggressive on eyes than green.

I can’t reproduce this with the new Communitheme.

@3v1n0 something to track ^ Thanks @merlijn-sebrechts

Not sure it should be still an app issue, though. As the theme isn’t per se wrong if it works after a resize. 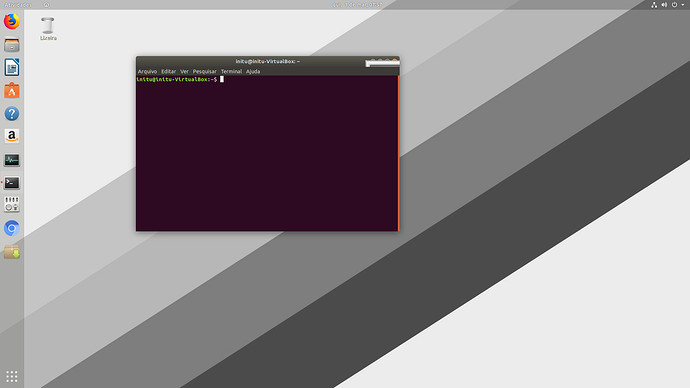 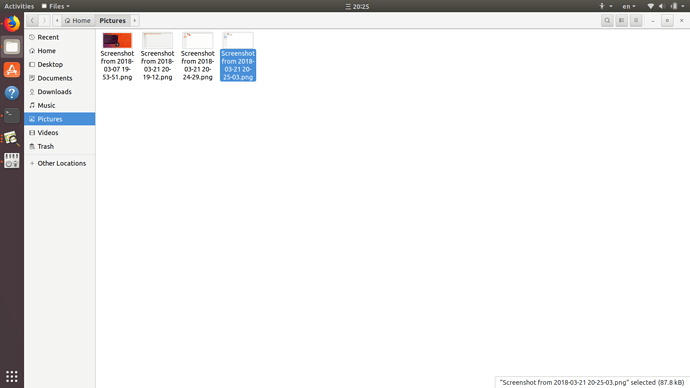 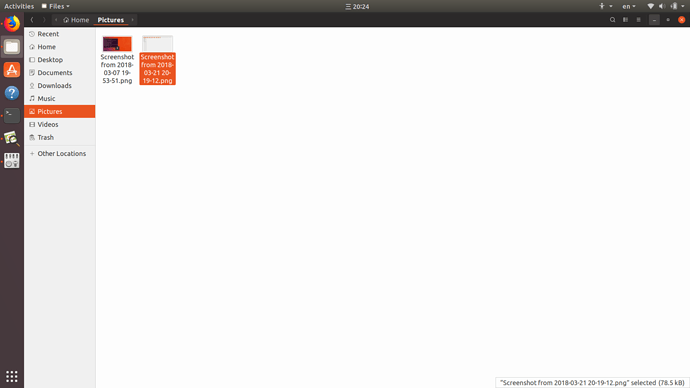 image1920×1080 76.6 KB
I’m using Ambiance on a 13 inch laptop, is there someone like me noticed that the three buttons(* minimize button , maximize button *,and * close button *) not fit with others. Other buttons are like square but these three are round. The worse thing is they are too small and hard to click. While the button size in communitheme and adwata theme I think is OK. You can see from the picture I upload. Last pic is ambiance.
next page →