A better way to debug Wayland

If you’ve never tried to debug or figure out a Wayland program, you might not get much out this. If you do hack on Wayland, (especially if you work with custom protocols or compositors) keep reading.

To solve Wayland problems, you first have to figure out what messages are being sent. You might already know about the WAYLAND_DEBUG environment variable. If you run a program with it set to client, server or just 1 for both, it will dump every message it sends or receives to stderr. It looks something like this: 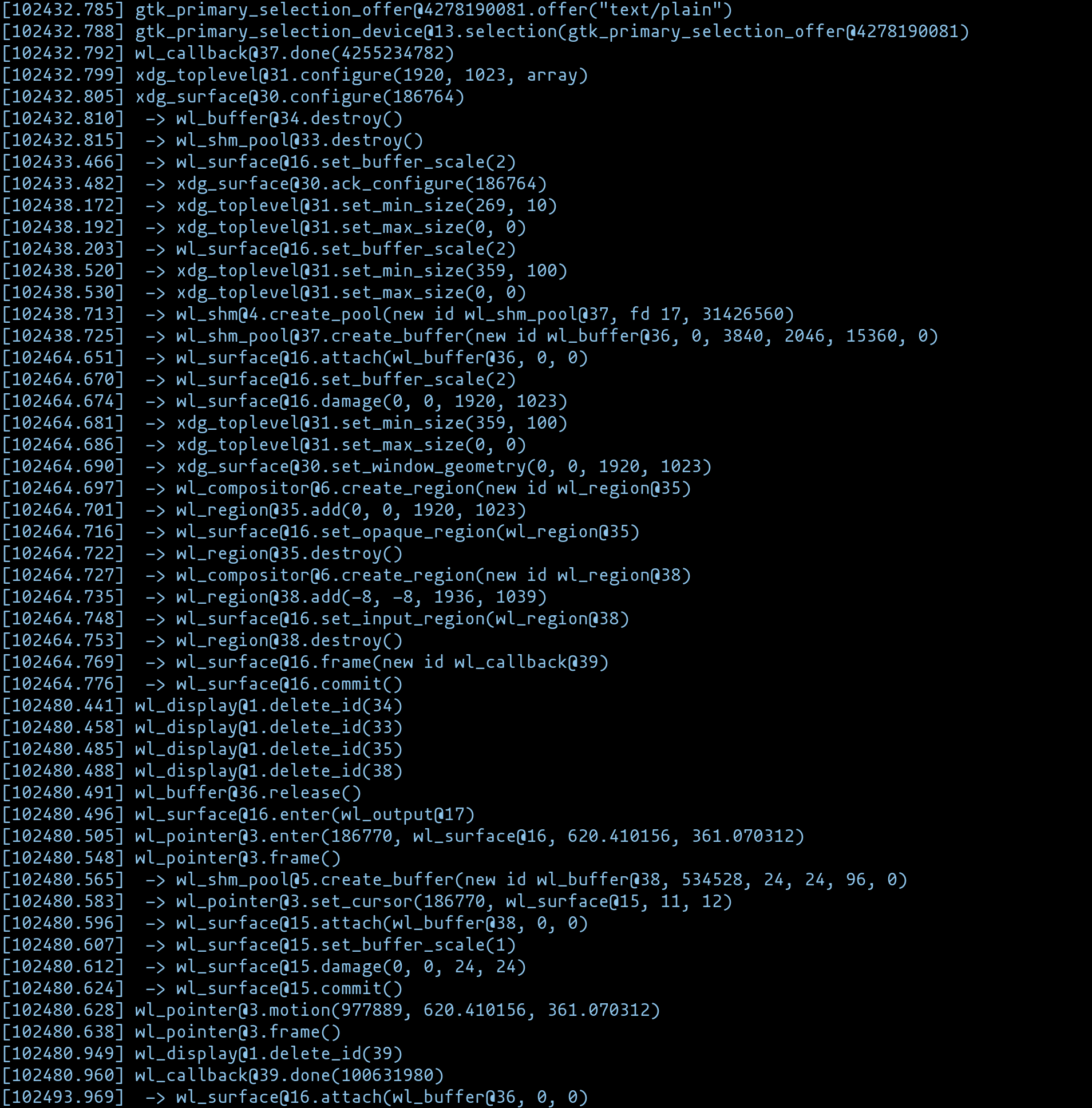 That output can be enormously useful, but there are still some issues:

First of all, it looks a heck of a lot nicer: 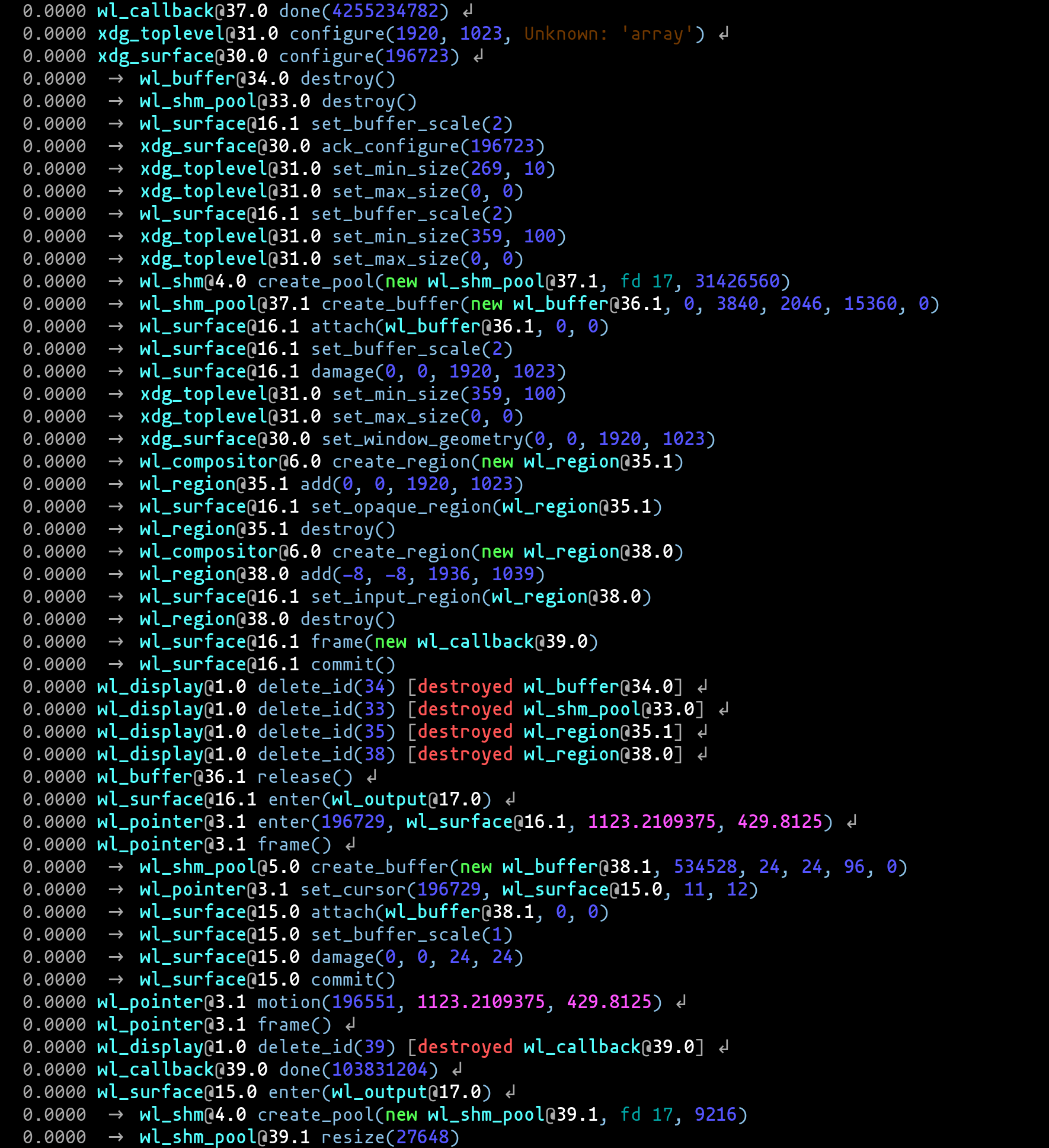 But aesthetics is just the tip of the iceberg. Wayland Debug has three modes. In the first two mode, it simply reads the WAYLAND_DEBUG=1 output above (either piped in, or from a file), and does additional processing. The advantages you get over the raw stream are:

The 2nd mode is a lot more exciting. In that, it runs your program in GDB, with itself loaded as a plugin. To use Wayland Debug this way, you do need to have libwayland debug symbols installed. This mode has all the features of the former, plus additional ones:

And my favorite one of all:

Here, I instruct Wayland debug to break when a specific wl_pointer sends a motion event, and I inspect the stack trace that lead to that event being sent: 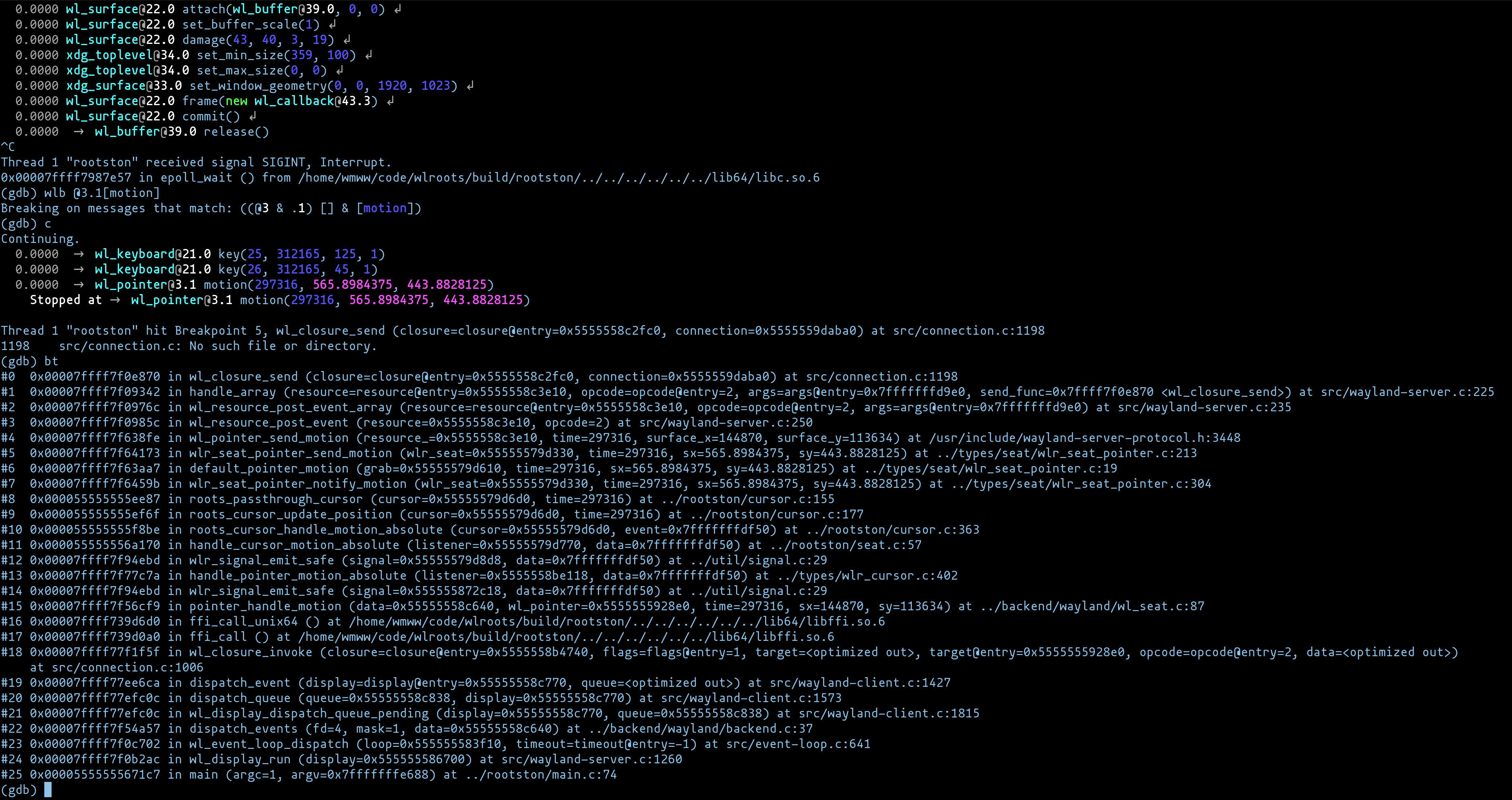 If you’re interested, just clone the repo from git@github.com:wmww/wayland-debug.git. It’s pure Python, so no building necessary. Just run ./main.py -h. I symlink it into /usr/bin/wldbg with sudo ln -s $PWD/main.py /usr/bin/wldbg to make it easy to access, but you can put it wherever you like.

The readme should contain all the info you need to use it. If something is unclear to you, please open an issue or comment on this post. Same goes if you come across a bug or crash.