In the last months the work on Yaru master branch looked slower than usual, but under the hood some important things were changing.

Starting from the release of the new Adwaita theme with GTK 3.32 and the discussion about custom GNOME themes, we acknowledged that

so we tried to find a middle ground where both parts can feel satisfied.

The Yaru team (but mostly Frederik, who did a great job) took a new, more upstream oriented, contribution approach, proposing some of its solutions and ideas to GNOME developers, that - as always stated - have been quite open to consider, discuss and in some cases accept

This was fundamental to reduce the customization needed for Yaru and other theme variations and allowed us to work internally developing and testing a huge rebase on the newest Adwaita.

The result of this work landed in master branch at the beginning of this week. It has not been released officially yet, but we hope it will be soon and in the meantime we would be glad if anyone wants to test it and give us constructive feedback.

We solved the “customization theme problem”? Well, surely not. We alone, as Yaru team, cannot of course.

We kept the distinctive Yaru traits and reduced some big differences from Adwaita, so that (hopefully) GNOME application developers won’t find as many surprises as they had in the past, and we think that this is important. We will also take part in the next GUADEC, where Vendor Themes will be discussed again, and we will try to give our best in future developments.

Hey Carlo, thanks for the status update it’s quite useful (I personally had no idea those adjustments were discussed).

no more spacing, no

, this is part of the upstream changes I was talking about. Padding is configurable now, Adwaita will keep its own values and Yaru will use the smaller one.

About testing, I need to double check whether PPA is still valid (latest build is from 13 hours ago, at the time of writing, so it might), otherwise I believe building from master is the only way so far.

EDIT:
Eoan is the target yes, if we’re still on time for it of course

Here are some screenshots 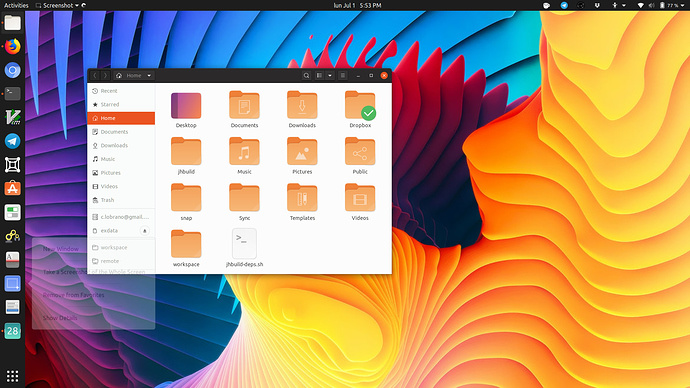 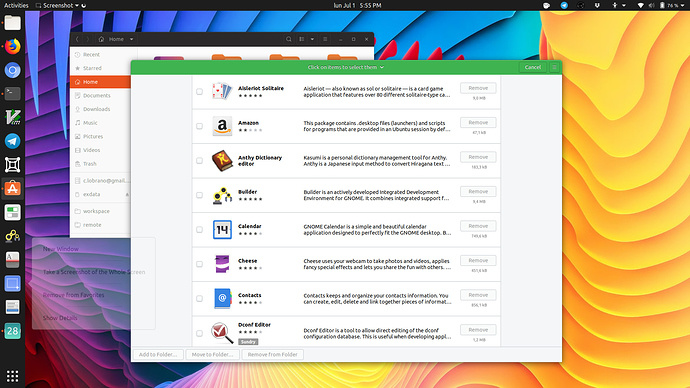 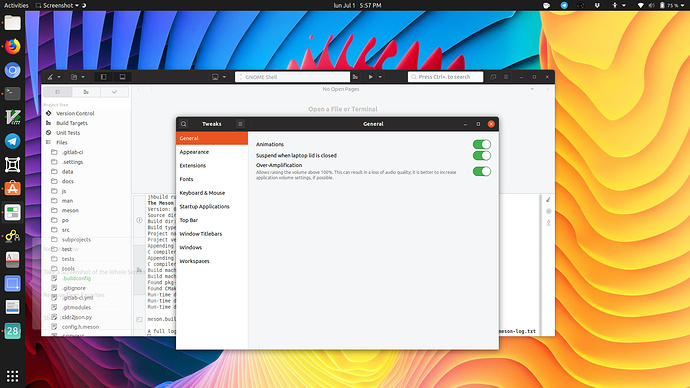 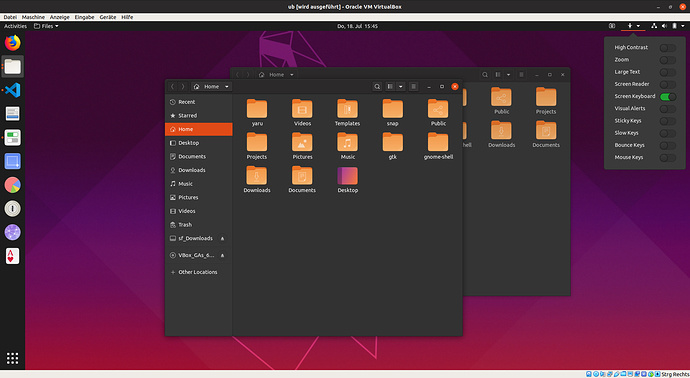 do you aim for that work to be in Eoan?

Yes. The good part is that we basically just need to copy paste the upstream code and only use our colours. For the dark headerbar we use a dedicated tweaks file though.

do you have some example of the kind of changes the refresh is going to include in practice?

I can do a side by side comparison of that helps.
We tried to keep as much design as possible while aiming for minimum diff (yaru was always based on the upstream themes, but the tweaks went a bit out of scope lately and it became hard to keep track of the upstream changes and keep track of changes that are bound to the technical side (outside of scss)).

Some things you can see on the first spot:

Edit: lol I was too slow

though Carlos screenshots are a tiny bit outdated

Thanks @c-lobrano and @frederik-f for the replies and screenshots, that looks great (kudos to the Yaru team for the great work you keep doing!), count me as +1 to target eoan with the update (I will give a try to the ppa and/or master when I’ve some free slots)

The easiest and quiet fast is to build from master and then log in into “Yaru session” which is installed with the meson build we use.

Edit: there are also a lot of new icons (thanks to @jaggers) , but this is ofc not bound to the gtk and shell changes 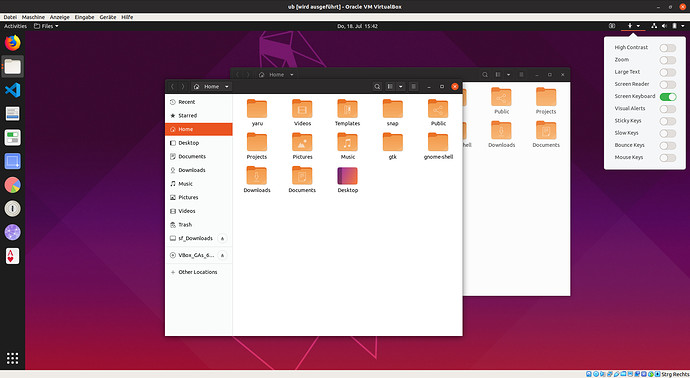 shell now has a full light and a full dark theme, we just miss the switch to toggle this

Does the “full light” version have light-colored top panel and dash background? That would be most welcome.

All this is really very good news. It meets not only my personal wishes of GNOME and Ubuntu converging and working together more, but also of GNOME designers.

I personally think that this might work best if both Adwaita and Yaru could get a dark, light and darker variant by default.

That way, the darker variant of Yaru could remain to be the default theme, whilst the light theme could mimick default Adwaita more to become the new Radiance … That’s my hope.

You guys have done a fantastic job, thank you! The theme is so critical for Ubuntu and you really nailed it.

I was a bit sad about the loss of the light blue selection bg, but I got over it eventually. Compatibility with Gnome is good too so there is less work for everyone.

No, sorry. Top panel and dock/dash stay dark.
But I think there is some work ongoing upstream to let the panel adapt to the wallpaper

This updated non-flat Yaru brings some of the Ambiance feeling. Good job. The flat Yaru was too radical change.

Hello I don’t really know where to sned my request or my “bug report” either here or either to Livre Office Community . I’ve tried the last version of LO 6.3 with the communitheme or Yaru theme on my Ubuntu 18.04.
I’ve noticed a slight display bug while using it with the Yaru dark theme.
As you can see below (3 screenshots) on the white version you can see that the I’m using the tab “insert” (insérer in French). The tab in use in a bit more emphasized or underlined that the others to show that the tab is in use.
If we check the same set but with the dark-yaru we could see that this difference is not anymore visible, thought we don’t see anymore the difference between idles tabs and the used tab.
I do think that this issue is link to the theme and not the the distro because when I do the same with the Adwaita-dark theme the tab in use is more visible and we can see more clearly the buttons on the bar.

Does anybody know how to fix that? thank you so much.

best place to report bugs is https://github.com/ubuntu/yaru/issues, the links you provided seem broken, could you fix that? In any case, with new rebase, what is working on Adwaita is expected to work as well in Yaru, just give us the time to release it

They aren’t. The images are just wide.

Is that the new color for folders? Much nicer, than the current bold orange we have.

Yes. Much more refined and less intrusive looking. Especially with a fullscreen Nautilus and a lot of folders visible this is A LOT better. They did a terrific job in toning that down a bit.

I wonder that nobody even noticed on OMG Ubuntu, for me it is the single most important improvement since the advent of Yaru (the artist formerly known as CommuniTheme).

Carlo, thank youf or your answer on github (https://github.com/ubuntu/yaru/issues/1445)!
That’s a good news that the issues will be fixed in the next yaru’s release. Great. Thanks to the community.