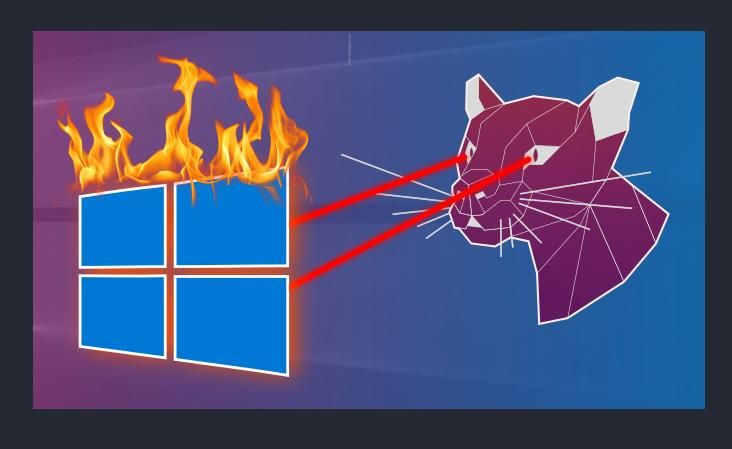 Another interesting article about the Linux desktop.
https://www.tomshardware.com/news/linux-desktop-environment-face-off

Hmmm. I’m not seeing AskUbuntu struggling under a tsunami of new users. It’s been busy with a lot of new-20.04 and migrating-to-20.04 questions. Seems like a fairly normal number of new-user questions.

So I’m inclined to be a bit skeptical about their estimates.

perhaps we got so good that new users simply have no questions anymore ? (one can dream. right

I suspect it is more reflective of a step away from desktop computing in general, due to the combination of lockdown and de facto recession. It’ll be interesting to see what happens in the longer term but these results are grossly overinterpreted.

I think another factor is that many people are now working from their homes with their own PCs. Maybe they are not new users, but users that choose Linux in their computers and are forced to use work issued computers with Windows in their workplace.

Heh, yup that was suggested as one of the reasons.

Linux’s " secure " tag could be a reason. There are many offices where system admins are not at all ready for work from home. Now that they are forced to do it, it is possible that they suggested using a more " secure " OS.

As for AskUbuntu, people might have gone to Windows like Ubuntu variants, which would still count (?) as Ubuntu.

Some numbers to put this in context:

Given that the number of active installs didn’t grow as explosively as the website statistics, I presume that the spike in the web statistics is a combination of people using their existing Linux installations for a greater percentage of their time + new installations.

I can tell you why this Windows user installed Ubuntu. I was a Windows fan for a while, but lately I’ve grown tired of Microsoft’s approach. Constantly shifting OS priorities and the mess that is Windows Update are part of it. I was also bored and wanted to try something new. I like macOS on my iMac, but Apple’s laptops just aren’t that great compared to Windows alternatives. I didn’t want to spend the money on a MacBook.

I started by deleting Windows and installing Clear Linux on my ThinkPad X1 Carbon. Clear Linux is not meant for beginners, so I was forced to learn a lot about Linux and the command line in order to make it work. It was great. However, Clear Linux recently decided to make some changes and its now abundantly clear they aren’t interested in broad adoption or non-expert users that aren’t elite level developers. As if on cue, Ubuntu 20.04 was released. It installed perfectly on my ThinkPad and runs very fast. It can really take advantage of the power of a high end laptop. There is a LOT more software available for Ubuntu. Plus, the UI looks amazing.

So I am continuing to enjoy my Linux journey, now with Ubuntu.