Unity 7 was phased out not that long ago, though still supported for the time being. While many harshly criticized Unity, it quickly became apparent that an immense mass of Ubuntu Desktop users not only used Unity, but did so happily.

There’s definitely some awesome work being done with the new Ubuntu Desktop experience which uses the GNOME desktop environment with its own spin, but it’s not quite Unity 7, is it?

This thread serves to inquire the community if there would be significant interest in the adoption and/or continuation of Unity 7. I very much welcome feedback from every member on this matter, and would be absolutely thrilled if we found a way to move forward with this!

See my thread here, there’s a couple of Ubuntu forum threads where an Ubuntu member has already raised this question. I suggest also looking at those!

What we need, rather than just enthusiasm, though, is some programmers who would be willing to put significant time into the maintenance of Unity 7.

Ah, thank you very much for the link!

Have a look here, ubuntuforums.org/showthread.php?t=2372237&page=5&highlight=Uubuntu#48
Its pure Ubuntu, but still in development branch. Download and check it out.

Thanks for brining this topic up. I am the person who started the thread at ubuntuforums for the call for maintainers for unity7. It has been a long road. With the help of a lot of people like Will Cooke. Jeremy Bicha and others we were able to test unity7 alongside of gnome3 to great success. We will also be testing unity7 during the 18.04 cycle although it is not officially in development.

btw i also started a team at launchpad: https://launchpad.net/~unity7maintainers
so any who would like to join , please do so. Yes we need programmers and developers but we have to put forth a strong argument to Canonical that it is in the best interest of the open source community as well as beneficial to Canonical that unity7 should be an official flavor, although not default. The main reason for this is the accessibility of unity as an assistive technology and it’s amazing ability to to eliminate RSI by large percentage points in contradistinction to other popular flavors. It’s a no brainer really. But we have to put forth a strong case and have a handful of committed maintainers to argue that we could reopen unity7 for development - to unity9 and become an official flavor .

You are welcome to join us here and test unity7 during the next cycle. https://ubuntuforums.org/showthread.php?t=2374842

btw i also started a team at launchpad: https://launchpad.net/~unity7maintainers

Would it be better to just ask Canonical to add new members to the existing team?

Responsible for Unity-related projects and branches. This team is comprised of the DX Shell Team, the DX Foundations Team, and other individuals who are deeply involved in Unity.

Better than changing the current work to point to some new team.

Most (all?) of the existing members there don’t maintain Unity 7 anymore though?

Well people can be removed too, if that’s really necessary. But I don’t think it would be strictly necessary. We can just add more people to start with.

“We can just add more people to start with.”

That’s the spirit! If more people join ventrical’s (dale-f-beaudoin) team, Unity 7 would be really and correctly maintained. There should be people, who can code, know the UI matters etc. 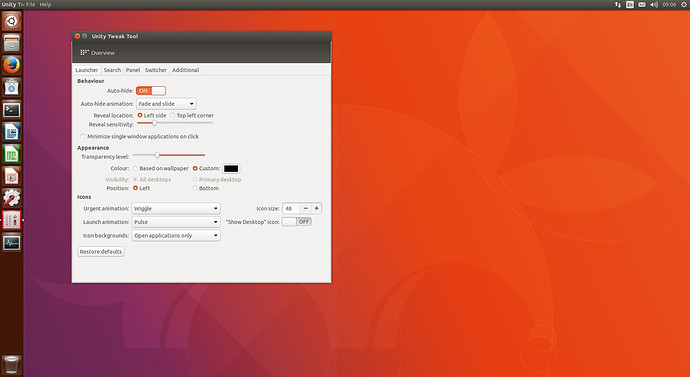 Do you know, where that “original” Unity team is? Do you know about another team maintaining Unity?

Ventrical and his team are doing some work. He is in contact with the present Ubuntu devs too. Its the only team that’s doing any work at all. Do you care to join?

Do you know, where that “original” Unity team is?

The one that @vanvugt linked. This one.

Do you care to join?

I don’t have the expertise or time to maintain Unity 7 I’m really sorry :’(

You are for or against Unity 7 and its existence in the future?

The one that @vanvugt linked. This one.

OK. Maybe its better, if these teams get together.

Certainly in favor keeping it in the repositories and perhaps even having an official Ubuntu Unity flavor. But it requires work and I can’t help with that sorry :’(
I’ve kept a vague eye on Yunit (Unity 8 community development), they backported it to 16.04, I think, but there’s been no progress whatever aside from that. We need expertise to keep Unity 7 going, not just enthusiasm, and I don’t have that expertise.

It would be the old ubuntu-desktop-team. @all, What I am asking is that we continue to test unity7 alongside of gnome3 during the 18.04 cycle. I was hoping we could do that at ubuntuforums (anyone who wants to casually test are welcome) or you can become a member of the U+1 team. If I may say this is not a matter of unity vs gnome3 or kubuntu or lubuntu or any of the other official flavours. For unity to become an official flavor it would have to be re-opened into development and my current team is not big enough so , we should now rather just continue to test and maintain it as long as it is viable. I have to respect that the new direction is for the default gnome3 desktop with wayland. If all goes well during testing an there are more developers from Canonical involved then perhaps we could petition that unity become a standalone flavor but keep in mind there is no way that this can happen without Canonicals support and helps - so - as I was asked to be patient, I in turn ask all of you to be patient.

… so during this cycle you can check the progress of unity7 testing there.

Regardless of team structure, before anyone can work on the Unity code they probably still need to sign:


which for Unity is managed by the Ubuntu desktop manager @willcooke.

Also, Unity 7 is still a supported project which is especially important for the continued maintenance of 16.04 etc. I doubt Canonical would be willing to (or should) give up all ownership of it. But I think new members to ~unity-team would be welcomed. What do you think, @willcooke?