I must admit, even though noting that my journey to the open source world has started quiet late in my life and I need time to adapt to set ways, I can not understand why many open source projects stick to IRC when services as telegram and/or discord exist.
Is there any chance left Ubuntu could switch to telegram or discord?

I personally know, that a lot of projects are moving away from IRC. I really like IRC because it’s that simple. Using Discord or Telegram as an open source project is always a little bit weird.

Maybe later there’s an additional discord server but I don’t think that solutions like that should replace IRC.

IRC is home to a large swath of the Ubuntu community and so should never be abandoned or turned away from. Maybe this isn’t what you meant, I apologise if not, to me switch implies a binary change. It’s where people live, and it’s good for them, so will always have a place.

But it certainly leaves something to be desired, especially for new users, and it is considered the ‘main’ mode of communication by the majority of existing Ubuntu members. Especially given the CCs activity there.

Our community should be able to adapt to cater to the new and changing wants and needs of members, so I’d say yes, there is a chance left that the Ubuntu Community could migrate its ‘main’ communication platform. And in fact, the change itself would be quite simple. It would mean a lot of signposting, amending documentation, and some bridging but with a coordinated effort that won’t take that long.

The two biggest questions are really, what platform? @frederik-f, you suggested Telegram and Discord, but I’d suggest Mattermost might be better?

And will the various Ubuntu Councils support the move? Not just agree but actively support it. More than anything we would need them to lead the way and establish the correct processes on the new platform and effectively ‘officiate’ it.

I do think though that it would be best to wait until the Libera change has been made and the dust has settled before implementing anything. But there’s no harm in discourse (

); if this is something people are interested in discussing I can split this out to a separate thread again?

Matrix doesn’t have any of these requirements. Also, it is possible to set up Ubuntu’s own Matrix server.

I’ve split this into a separate topic so as to keep the discussion about IRC and Libera separate.

This thread should be to continue the discussion around a new ‘main’ communication platform and where people can voice their opinions show support one way or another.

Gnome is using matrix but it’s still not as feature rich as Telegram or discord - for example when you click on video call it’s not a video call inside Element but a jitsi call linked to the matrix chat.
Maybe problems are connected to the matrix clients rather than the protocol, yet they are noticeable.

Also IRC and matrix are both very unknown outside of the open source community world and maybe even a bit hard to access. So using discord or Telegram would lower the barrier to access the Ubuntu community.

Thanks for splitting the topic! It’s indeed a different one

Edit: one more argument would be that if the Ubuntu community leaders lead the way to a service such as discord with a big server including many channels, one could prevent that many projects brew their own tea. I think many small open source teams switched already to their own Telegram groups and/or discord servers, so this could be a chance to get them all under one comfortable and modern and accessible and known umbrella

As i wrote in the other thread already, i think any communication platform that has a hard requirement for having a cellphone to create your account (telegram, whatsapp, etc) is adding too much of a hurdle and will exclude quite a portion of users …

(not sure what you need to get a discord account, i never used it)

I agree with @ogra here on the need for a cellphone, it’s not much of a hurdle but given that there are options without it …

I’ll raise Mattermost again as an option? I have experience with discord and mattermost and I personally much prefer Mattermost, it’s easier to use and feels less ‘noisey’. Although discord does feel a lot more modern.

A potential advantage of Mattermost would be given that Canonical uses Mattermost internally I imagine we could get Canonical to stand up an Ubuntu Community Mattermost instance so maintenance wouldn’t fall on a third party or an individual contributor (I see Canonical as a contributor, not a third-party) while giving folks like the community council the same kind of administrative rights as they have on IRC right now.

One other question I don’t know the answer to though is which platform would be most approachable for a new user? How steep is the on-ramp?

I had very hard times to understand the process of starting to chat in freenode. With that way of sending the server a message so he registers my nickname. Even if it is the most simple thing for people that already know it, with todays standards it looks a bit cumberstone and ancient

Discord does not need a cellphone. Telegram needs it for the account creation yes - but people are used to it.

I had very hard times to understand the process of starting to chat in freenode.

you mean it is to hard for you to click this link to chat with me in the #ubuntu channel ?

but people are used to it.

not the ones that can not afford one or live in rural areas where they can only access the internet through shared computers (i.e. in an internet cafe)

Yes you are right! Telegram is thus prbly not a good idea for an official alternative to IRC.
Discord on the other hand does not require a cellphone and it becomes more and more popular for (open) software communities.

I am not familiar with mattermost bit a quick google gave me some infos. I could imagine that it is also not as well known and accessible compared to Discord, especially for younger people.

Edit: eventually Discord could become an addition to IRC, not a replacement

I think Matrix would be a great fit for the Ubuntu community. Mozilla and KDE use Matrix as their primary chat platform. Fedora and GNOME are actively trying/setting up Matrix.

Many universities in Germany are adopting Matrix, along with the French, German and US governments. Matrix is not just used in open source projects.

Matrix is also extremely interoperable, and there’s bridges to practically everything including libera.

There are GTK, QT, Flutter, Electron, command line and mobile clients available. All of those linked are open source

The Matrix “Spaces” feature basically replicates the functionality of a Discord “server”. A Space is a Matrix room that contains other rooms, making Matrix room organization extremely flexible. Fedora will be using Spaces for their Matrix deployment.

Ken VanDine clarified on today’s Indaba (thank you Ken!) that using Matrix would a be community decision. So hopefully this information is helpful to the community

I think Discord is still “needed”. I don’t say it is the replacement for all other communication channels, especially since you can’t and shouldn’t dictate where people communicate. But it is just where most younger people spent their time and already have this installed on their computers.

There are also many technical communities already on Discord. Like Python, Fedora or Flutter. 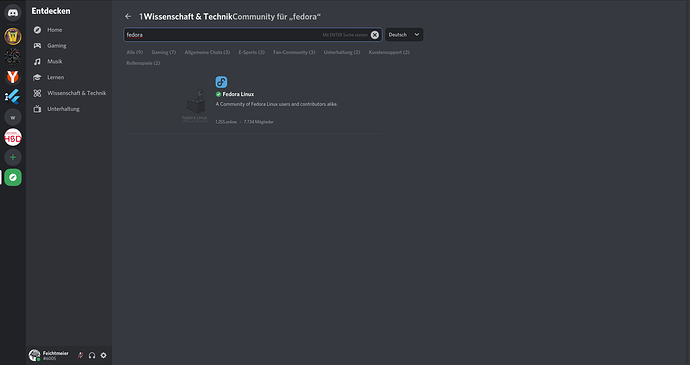 You can search or explore for other communities and receive a very good video/chat/voicechat/screenshare tool built-in, in opposite to matrix where you are dependent on other services such as Jitsi

Matrix is very unknown outside of the open source “bubble”

I can’t really see the problem that seems to exists using IRC and why Matrix seems to be that better. I don’t really understand what advantages Matrix has compared to IRC.

In my opinion it’s not the best argument that other projects are using Matrix. If everyone jumps off the roof, must Ubuntu do the same?

There are good IRC Clients too. F.e. CLI, Qt, Gtk. The only disadvantage I see is that there aren’t that good mobile clients I know.

I don’t think changing to Discord as main communication platform is that good because it’s closed source and everybody knows that Ubuntu has already had bad pr integrating Amazon into Unity and I’m quite sure that would happen again.

When I read this conversation, it really has something of a war of faith.

I can’t really see the problem that seems to exists using IRC and why Matrix seems to be that better. I don’t really understand what advantages Matrix has compared to IRC.

I think one of the biggest concerns with IRC is ease of use. Matthew Miller (Fedora Project Lead) sums this up nicely in this post. I don’t personally think IRC is that difficult, but it can sometimes be a barrier of entry to a vital part of the community. Obviously opinions can differ greatly on this.

Matrix is generally also a lot more modern, with support for end to end encryption. There’s also work to make Matrix fully P2P, meaning there are no “servers” that you need to connect to. The “server” is your device.

Fedora is going for a Matrix-first approach, making Matrix the “core” of communication. To reiterate, this means the bridge is from Matrix to IRC which seems to work best. Matrix users get a true Matrix experience, while IRC users get the same experience as before (at least mostly). This also would give the possibility of bridging Discord, Mattermost and other platforms to Matrix. (I don’t know if that’s easy/possible to do with IRC).

There are some Matrix-IRC issues that the GNOME team has experienced, but there is ongoing work to fix them. Also, Fedora’s deployment, which seems to follow “best practices”, works around some of those issues [1] [2].

Fedora finishing their deployment should give a good picture into how well Matrix and IRC work together. So perhaps it’d be a good idea to see how it goes for them.

Lubuntu has had (until the recent freenode-libera kaos anyway; it’ll be back working soon we hope) matrix, telegram & IRC linked.

(I know nothing about it, am a happy IRC user, but I know I get replies from telegram & particularly matrix from members involved with the project)

Update: Lubuntu’s bridged networks are back up; IRC, Telegram & Matrix

If you want to log in or similar things, it’s not that easy in my experience. I managed to do that, but it felt more in the order of complexity of using basic git commands rather than logging in to a website