I am using Ubuntu for 2 years now. The first Ubuntu version I used was 16.04 LTS in Unity. I kinda liked the interface of it. It is pleasing to the eyes, it maximizes the use of the empty space on my Desktop. I am using a small laptop in opening Ubuntu, and the Unity gets the job done by maximizing the use of space on programs and apps in my screen, however, I updated to Ubuntu 18.04 and I did not anticipate that Ubuntu will be ditching Unity, so I got shocked when the interface changed dramatically when Unity was replaced by GNOME. I tried to long press the (Windows Key) to show that shortcut buttons however nothing showed up(a nice feature now gone). I tried to open applications, and I noticed that the Title bars and the top bars are quite taking up space on my small screen. I tried to find the option in resizing the Top bars, however, I only found the option in resizing the fonts on it, but not in resizing the bars itself. I also noticed that there is an Activity tab on the top left corner of the desktop environment where most of the application settings were placed on Unity; it is a pretty nice feature in saving up some space on the screen, but it was replaced by ACTIVITIES, which is easier to access by just clicking in the “Windows Button” rather than pointing and clicking your mouse on to it. For me, it is nice if that option was removed and replaced by how Unity used to use that space before. Things got more complicated in using Ubuntu because of GNOME, in my perspective. Everything is just so BIG in GNOME, and it is wasting the space on my screen, and it is also buggy when I open the terminal, there is a “Terminal Icon” (a misplaced icon) covering the minimize and the maximize button of the application. Please make Ubuntu (it is already great so) greater by making it look like Unity.

You can continue to use normal Unity session on Ubuntu 18.04 LTS

and select lightdm as display manager during installation.

Then reboot, and login to Unity session: 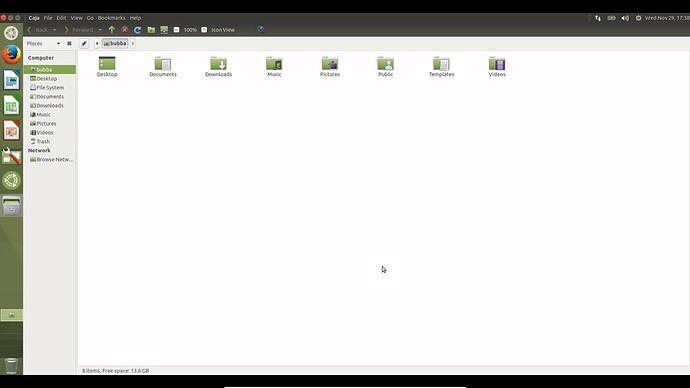 I will skip the Unity part. But these two extensions can seriously improve your UX with default 18.04

About the “wasted space” on your laptop.
This extension may help you.
https://extensions.gnome.org/extension/1287/unite/
Unite is an extension which makes a few layout tweaks to the top panel and removes window decorations to make it look like Ubuntu Unity Shell.

For a less harsh tweaking of the gnome desktop I rather recommend:

This one simply removes the title bar when the window is maximized and places the min,max,close buttons in the top panel.

All the solutions above might be good, just to mimic Unity, but it won’t be Unity. And, with every update of upstream extension, Ubuntu might break. Extensions are extensions, after all.

GNOME shell has also many advantages over unity7:

GNOME shell has also many advantages over unity7:

And, unknown problems that might suddenly crop up, because of the “extensions.”

Thank you guys for all of your support. It is really a big help. Thanks again.

Tough, I guess, deal with the default GNOME experience (or file GitLab Issues and get on their IRC to suggest changes) or use Unity 7, there’s not much else that can be done.

One thing I didn’t like about Ubuntu MATE’s Unity layout is that their menu is full-screen.