In the following example:

The following image shows a “Don’t”: Avoid causing gaps when some icons might not be present in all cells.

Instead, either icon can be moved on the ragged edge side of the text. 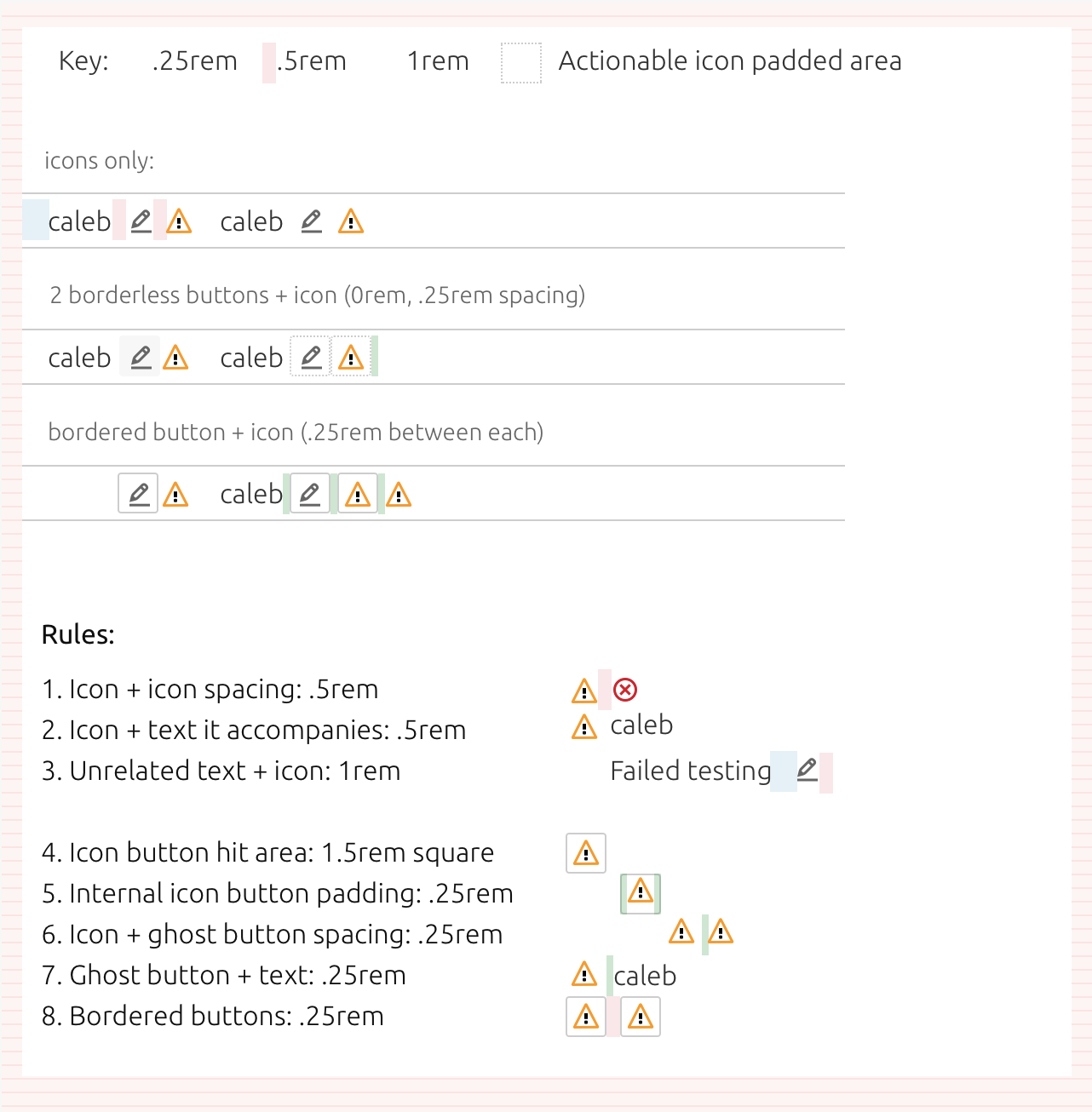 Actionable icons are icons you can interact with.

with background in some or all states

Note: Current Vanilla buttons with the .has-icon class do not satisfy these requirements. They stretch rows and are not fully square, because they use the same classes as buttons with icon and text, which creates further complications. What follows is a proposal for a new kind of icon button that is optimised for confined spaces like tables. 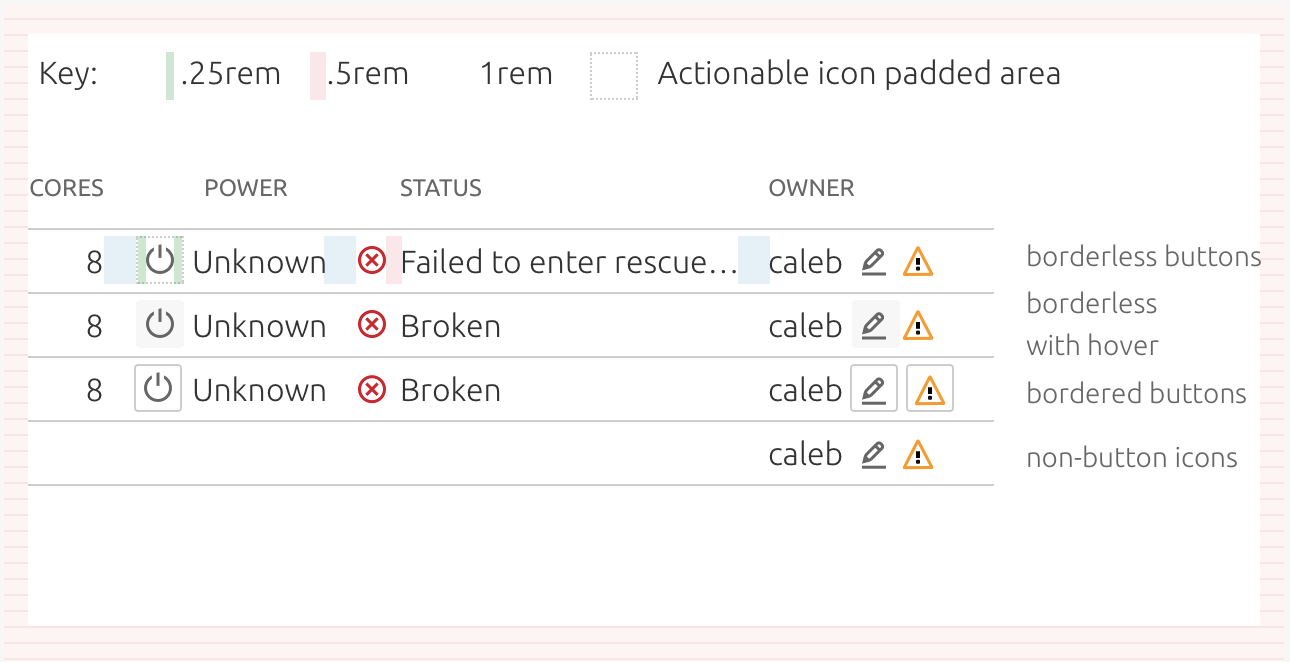