How can we improve Ubuntu 22.04 Jammy Jellyfish for New Users?

New users have no idea how to configure netplan for network or iptables for a firewall.
Could we pre- install GUFW for a flip of a switch firewall ?
The new to Linux users could rely on, Included in the default install ?
Modern times require more diverse security. Simplistic as GUFW is.
A new user would not have any idea how to install this package.
IPtables is the other go to, complicated to have a firewall if you are a new user of Linux. IPtables
Or be able to configure UFW: UFW
What matters most: The community’s decision of what is included in Jammy Jellyfish 22.04 before the Feature Freeze on 2022-02-24.
How does our Community Feel about what needs to be added to our new LTS ?
Remember new users have no information about Linux or Ubuntu at all.
Many of these individuals had windows or mac, and want more diversity in an operating system.
What would each community member decide what is crucial for the New User for a Desktop or Workstation?

Change it to the Ubuntu logo, because branded buttons feel better.

The GNOME team don’t seem to be interested in discussing this. Equally they don’t appear to be against it. I have a proof of concept showing how simple it is so this is something Ubuntu could patch in theory.

Less orange. Is there another shade of orange or can more purple be used to balance it?

Officially we only have this palette to choose from. Also the design is mostly community-managed now on GitHub.

I meant the app drawer icon on the dock but that looks really good.

I know it’s a different button… I’ve pondered having the nine dots icon in the top panel but adding a new button is much less trivial to design and get more than one person to agree on. Plus from GNOME’s perspective there is only one design – that created by their own designers. So I think if we want to affect change the best way is to patch it in and see how popular it is.

Some of the other things you asked are only scheduled for 22.04

The GNOME team don’t seem to be interested in discussing this. Equally they don’t appear to be against it. I have a proof of concept showing how simple it is so this is something Ubuntu could patch in theory.

When we tell new comers how to use the Ubuntu desktop , we don’t how to teach them how to launch applications , we say the " 9 points" button ( we put it on the top as well )

It would be so easy to say the “Ubuntu Logo” like on any operating system , well…

First of all, I want you to know, and by you I mean everyone involved in THE Ubuntu project being it someone from Canonical or from Ubuntu community, that you guys ROCK, not only Ubuntu is the MOST popular operating system for desktop that use Linux as a kernel, Ubuntu was the the first OS that use Linux as a kernel that I’ve learnt about in a school lab, it was installed on all of ours computers, and I just love Ubuntu, I love the layout of it, it is iconic, it is stand out from everything else.

But to the main point. Whenever Ubuntu or Canonical are being mentioned there are always some FUD about snaps, like them being too slow to open or that they don’t use user’s themes, this themes complaint is actually funny since libadwaita is about to eliminate themes altogether, and I was thinking about how can this be resolved. And the Idea come to me, what if when user tried to remove snapd, a gui app, like educational app, will come up, asking a user for what they didn’t like about that tech, like them being slow, or that they don’t use user’s themes, or whatever, and you guys will say your word loud and clear.

That being said, I want Ubuntu to become immutable, the Snap Store to become the real Ubuntu Store where, you know, you could buy apps, games, that are 100% Wayland and Vulkan ready. I really want Ubuntu to ditch Gnome altogether, and develop something in house that WILL show why Ubuntu is the one and only, if that means paying for an OS, fine, or an Amazon integration, fine, or data collection, ok.

Thanks for the color palette link.
I tend to prefer the Light Aubergine and the Ubuntu Orange.
I still have the Yellow, Orange and Red Ubuntu Logo
with a Grey background for my desktop picture.
“UBUNTU Linux for human beings”

The new user when installing sees a black screen for a long time because the installer checks the installation disk / usb. A message would be needed to explain the long wait.

As of 1.460, it seems the file integrity check is now running silently, which is great. It wasn't working correctly (bug 1917590) but that's now resolved. Unfortunately, a failed result provides no feedback at any time to the user. Additionally,...

An excellent idea. Some new users may stop the install thinking it failed.

A message would be needed to explain the long wait.

We need to bring the extreme gamier into the Ubuntu Jammy 22.04 LTS. equation. More Wayland, Set on the fly ( flick the switch) Firewall.
9 dots being replaced by a Ubuntu Logo. “Go to the Ubuntu logo on bottom left” I have had the same problem with new users on support.
When installing Ubuntu, No black screens. Message from developer what is happening now? A message for what is going on -OR- An Ubuntu all the way through the install…
“Black Screen Of Death” for new users means install or my Ubuntu has failed.
Art or an Ubuntu logo supported until after login and OS opens!
This is our summary for now remind me if I missed any one.

2 posts were split to a new topic: Qimme2

This may not even be an issue, but I’ll raise it anyway as I see out of space issues frequently in support.

The minimum disk space for Ubuntu Desktop was increased to 25GB by Will Cooke prior to the release of Ubuntu 17.10.

Another member did some testing & found the minimum disk space required for Ubuntu Desktop installs is 8.6GB; which I know I for one couldn’t live with with how I use my system.

My / is 27GB but I bloat my system with multiple desktops so I’m atypical. I try and keep ~2GB free so I can perform upgrades etc… but even that’s a problem with some snaps. eg. my telegram-desktop hasn’t been able to be upgraded failing with lack of disk space.

Not all of us use systems with large disks so use smaller partitions (many in support are using VMs following 3rd party guides that say 10GB is plenty), but I wonder if something clearer should be documented about disk space required; or we need to review our current recommended minimums. (to me 25GB is still okay; but 8.6GB is too small)

(Maybe nothing needs be done; my example telegram-desktop is 3rd party so it’s up to me to make sure I have enough space for it; however I suspect many users will expect space to allow for apps…)

Well put their are “System Requirements” to observe
especially when testing to ensure that each test is
adequate and correct for the parameters required
for the full function of the Ubuntu operating system.
This ensures the full operational system testing
requirements as a set standard determined by Ubuntu
25GB of Hard Drive space.
Understanding this standard in a way to improve Ubuntu… i.e. Testing.

A post was split to a new topic: Boot problem

Improve Software Center and it’s functionalities.
Without need of root and ‘hard’ coding: 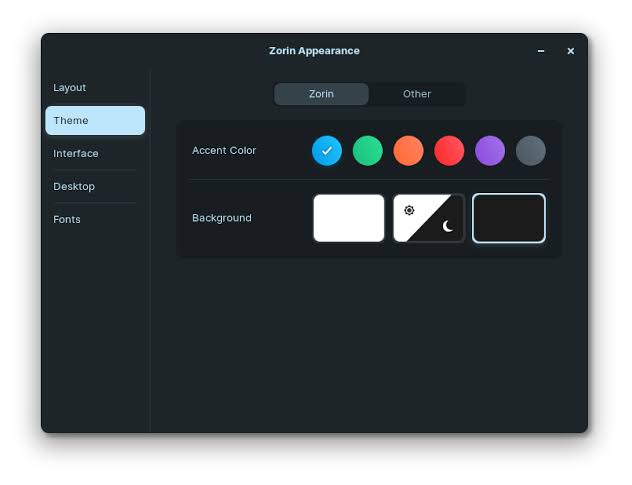 In my opinion, Ubuntu is lacking a welcome/first steps screen, where the most important initial steps are explained and where you can click on links that contain useful pieces of information. For example, the Ubuntu wiki, askubuntu.com, or useful tutorials could be linked in this welcome dialog. We have already seen many examples for those welcome screens, like in Mint, Manjaro, or even Windows Vista/7.

How about adding something similar to Ubuntu Budgie?

Drop the snap store, and use gnome-software with snaps, flathub and deb sources instead.