I’ve been playing with elementary OS lately and have had a good stint with Pop!_OS both use different versions of the same app centre. Both work well and elementary does have a good revenue system in place for developers.
Would it be a benefit for all if Ubuntu were to also adopt elementary’s app centre ?

The Ubuntu team worked a lot on Snap integration. How is that done on Elementary. Do they even support snaps?

Does App Center contain any application or only Elementary ones?

I believe just via snapD and via this https://appcenter.elementary.io/com.github.bartzaalberg.snaptastic/

Both Elementary and ubuntu repos

Well, that scraps a lot of integration work done over the last years to just have support for it via the command line. That doesn’t sound very 2019 to me?

but pop shop doesnt have the elementary apps 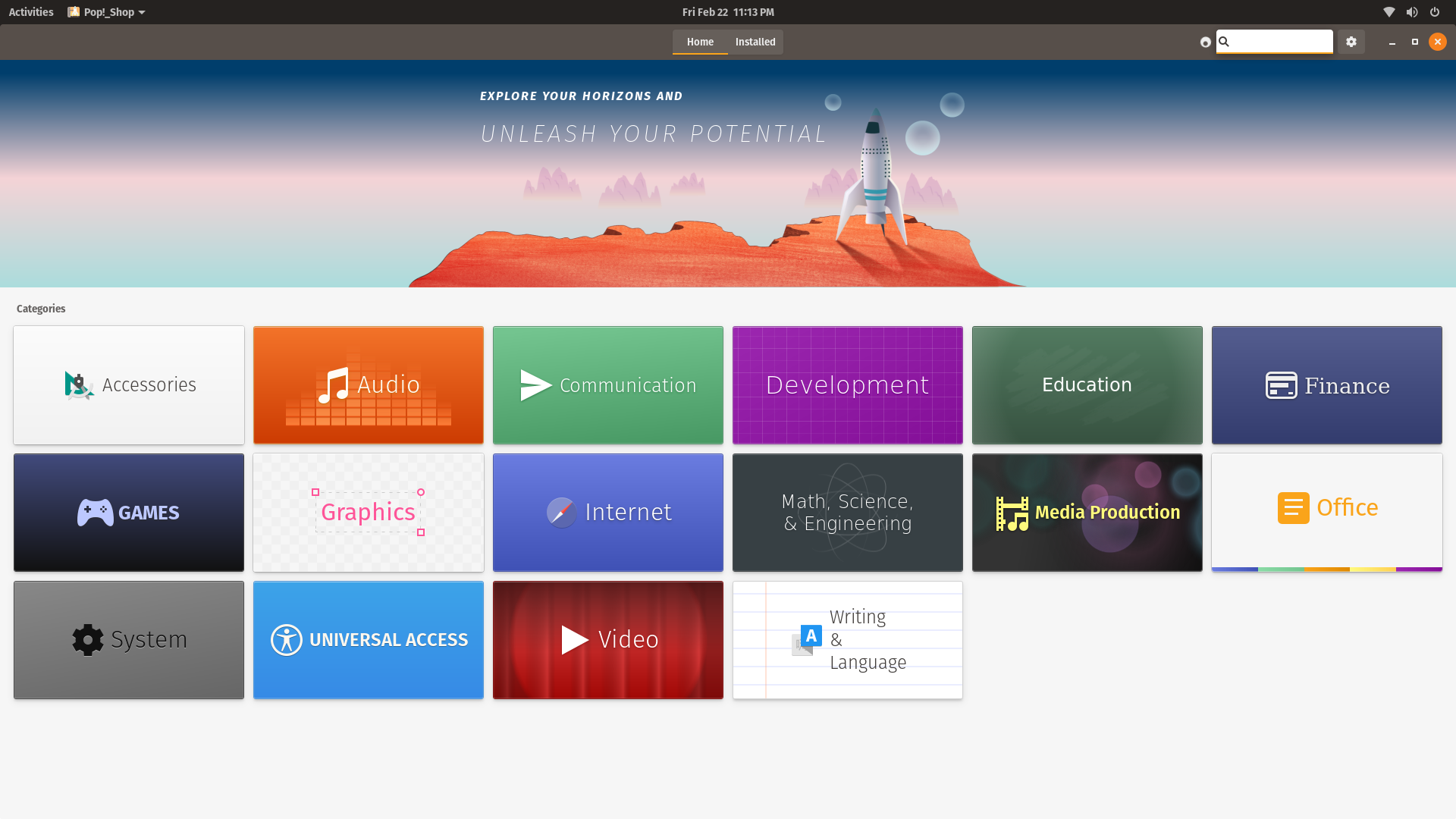 sudo apt install snapd then you can visit here https://snapcraft.io/store to install snaps
Snap integration would not be wasted as ubuntus integration on snaps is system wide and not limited to the app store

It would be wasted in that the work to get snaps listed and installable via Ubuntu (GNOME) Software would be wasted. Focusing on this, however, is a sunk cost fallacy, the actual point is that the Ubuntu Desktop team would have to implement support for snaps in App Centre, whereas it’s already supported in GNOME Software, the work is already done there.

Also, adopting App Centre would be a further deviation from upstream GNOME which I’m sure the Ubuntu Desktop team would be keen to avoid. Instead, it would be better to file bugs against GNOME Software for features and performance optimizations that should be done? E.g. you could file an issue against GNOME Software (normally you should run ubuntu-bug ubuntu-software and then wait for a triager to file upstream but I think you could justify filing an Issue directly to GNOME Software in this case, and also filing a bug with ubuntu-bug ubuntu-software and linking to the GitLab Issue) asking for a pay-as-you-want feature to be added to GNOME Software! Ubuntu have worked on a proposal for a ‘Magazine’ view for the front page of GNOME Software and presumably they want to continue with that rather than switch to App Centre.

Yes the Best would be to merge the benefits of other App Centre in Gnome-Software and Gather to see how gnome-software could be the default in other distro.

As Gnome-software is de defacto standard for Linux App store.

it already supports Snap and flatpack