On 19.04, the Ubuntu Dock has an auto-hide feature, but will only hide the dock when windows are in front of it. Can a feature be added so that it hides the dock all the time, so only hovering the mouse on the left screen edge will reveal it? 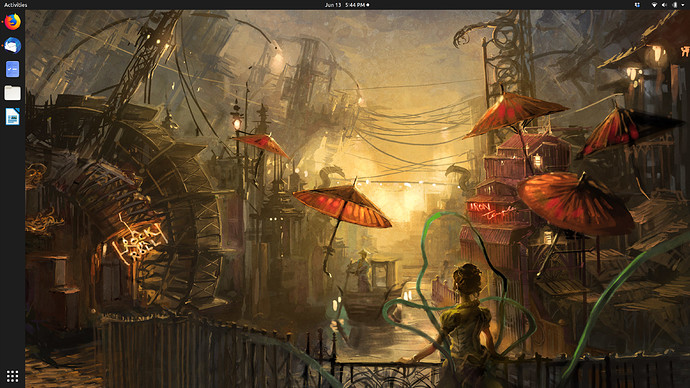 I think Dash to Dock can do what you want. The Ubuntu dock is a soft-fork subset of DtD, so if you want something similar but with more features give it a try.

I agree with @elcste here. Some time ago I filed an issue to launchpad requesting for the settings dialog of the extension to be exposed by default because I found it unbelievable that Ubuntu developers decided to suppress such a rich functionality that they got “for free”. Then I read the superb posts [1] by Didier Roche describing the rationale for the (then) ongoing effort to move the Ubuntu desktop from Unity to Gnome. After reading that me myself immediately returned to launchpad and closed the issue. Ubuntu decided to provide some basic functionality and the fact that a much richer extension is behind that functionality is just a matter of implementation; nevertheless, the developers have been sensible enough to keep this implementation as close to upstream as possible. Even tough, there are still bugs with autohiding; for example, the dash overlaps icons in the desktop, which AFAIK is hard to fix without upstream changes to the extension API. And adding new features combinatorially increases the complexity of what has to be tested. I prefer Ubuntu developers to focus in providing a robust, maybe even simplistic, core of features. Then, if you’re feeling adventurous, there are extensions (which, in this case, happen to be exactly the same that’s already included -although deliberately crippled- in Ubuntu).

Also you can use dconf-editor to access the full set of options of dash-to-dock, even without installing the external extension.

@JesseDuBord, as has already been mentioned by @memeplex, you can use dconf editor GUI to access all the features of Ubuntu Dock. They are located here: org.gnome.shell.extensions.dash-to-dock
The parameter you need to activate “true autohide option” is intellihide.

To quickly enable it, you can use the following command:

After that, turning on autohide option in System Settings will activate “true autohide” instead of the default intellihide.
To get things back just obviously run

Have a nice day

Thanks for the replies, all. I knew about the extensions, and was aware of the work-arounds. My concern (as always) is for the out-of-the-box experience for users. Not having this features from the get-go, IMO, is a bad idea. I was kinda petitioning for a change to the out-of-the-box session to include this feature by default. If this isn’t the right place to do that, maybe someone could point me in the right direction?

I think this discussion is a duplicate of https://bugs.launchpad.net/bugs/1720730

While we prefer to avoid duplicating discussions, it’s also true that discussing it here raises the profile of the feature request.

In the future, if I see a potential need for improvement in the user experience or user interface, would you prefer I submit a wishlist bug in launchpad, or discuss it here on the community website?