Run a .Net Echo Bot as a systemd service on Ubuntu WSL

.Net is an open source development platform from Microsoft that enables developers to build multi-platform applications from a single codebase.

In this tutorial we demonstrate how easy it is to start working with .Net on Ubuntu WSL by creating a simple chatbot accessible from your Windows host. We also take advantage of WSL’s new systemd support to run our bot as a systemd service for easier deployment.

Systemd support is a new feature of WSL and only available on WSL version XX or higher.

You can check your current WSL version by running:

To enable systemd on your Ubuntu distribution you need to add the following content to /etc/wsl.conf​:

Make sure to restart your distribution after you have made this change.

.Net has recently been added to the Ubuntu repositories. This means you can now quickly install a bundle with both the SDK and runtime with a single command:

Run dotnet --version to confirm that the package was installed successfully.

It is recommended to create a new directory for this project, do so now and navigate to it before proceeding:

Create a new directory for the project and navigate to it before proceeding:

Once inside we can install the EchoBot C# template by running:

We can verify the template has been installed correctly by running:

And looking for the Bot Framework Echo Bot template in the list.

Create a new Echo Bot project using the following command. We use echoes as the name for our bot.

Once this has completed we can navigate into the new directory that has been created.

Once inside, the project should be ready to run. Test it with:

If everything was set up correctly you should see a similar output to the one below: 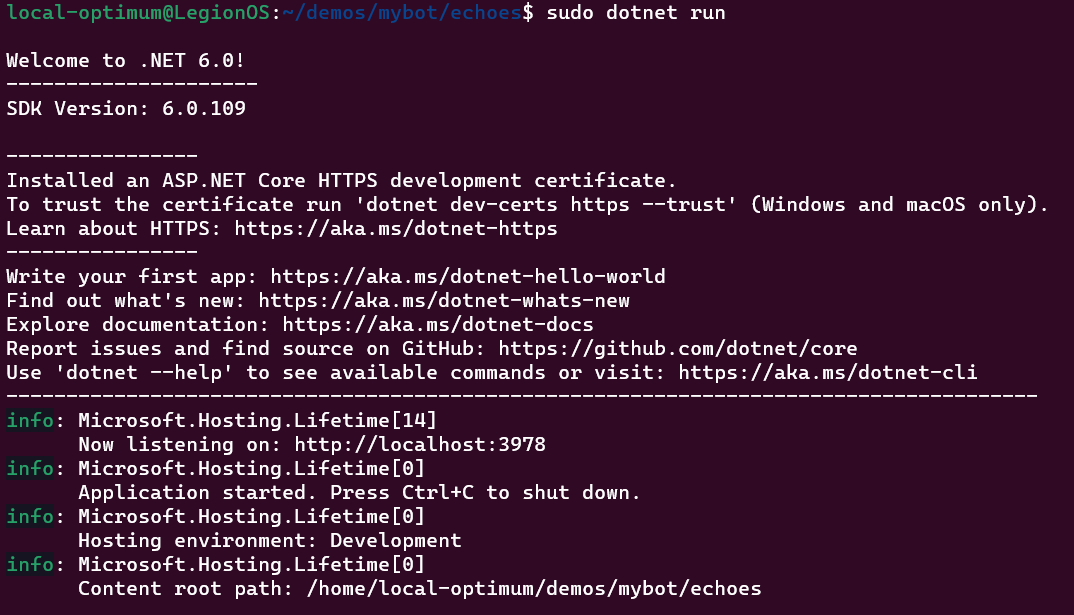 Leave the Echobot App running in WSL for now. Open a new browser window on your Windows host and navigate to localhost:3978 where you should see the following window: 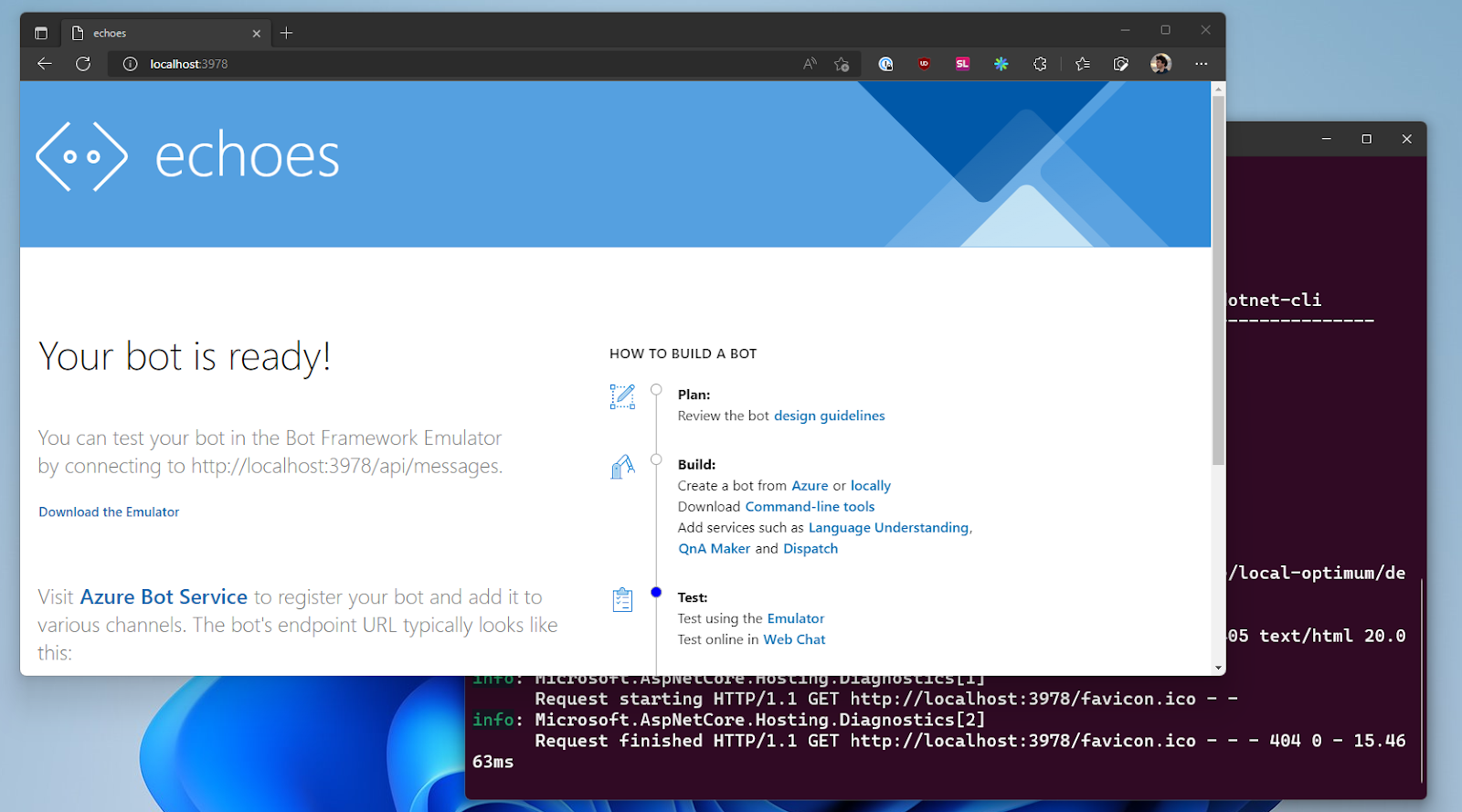 Leave everything running as we move to the next step.

Install the Bot Emulator on Windows and connect to your bot

Download the Bot Emulator from the official Microsoft Github, taking care to select BotFramework-Emulator-4.14.1-windows-setup.exe and install.

Running it will present you with the following screen, but before you can connect to your bot you need to change a few settings. 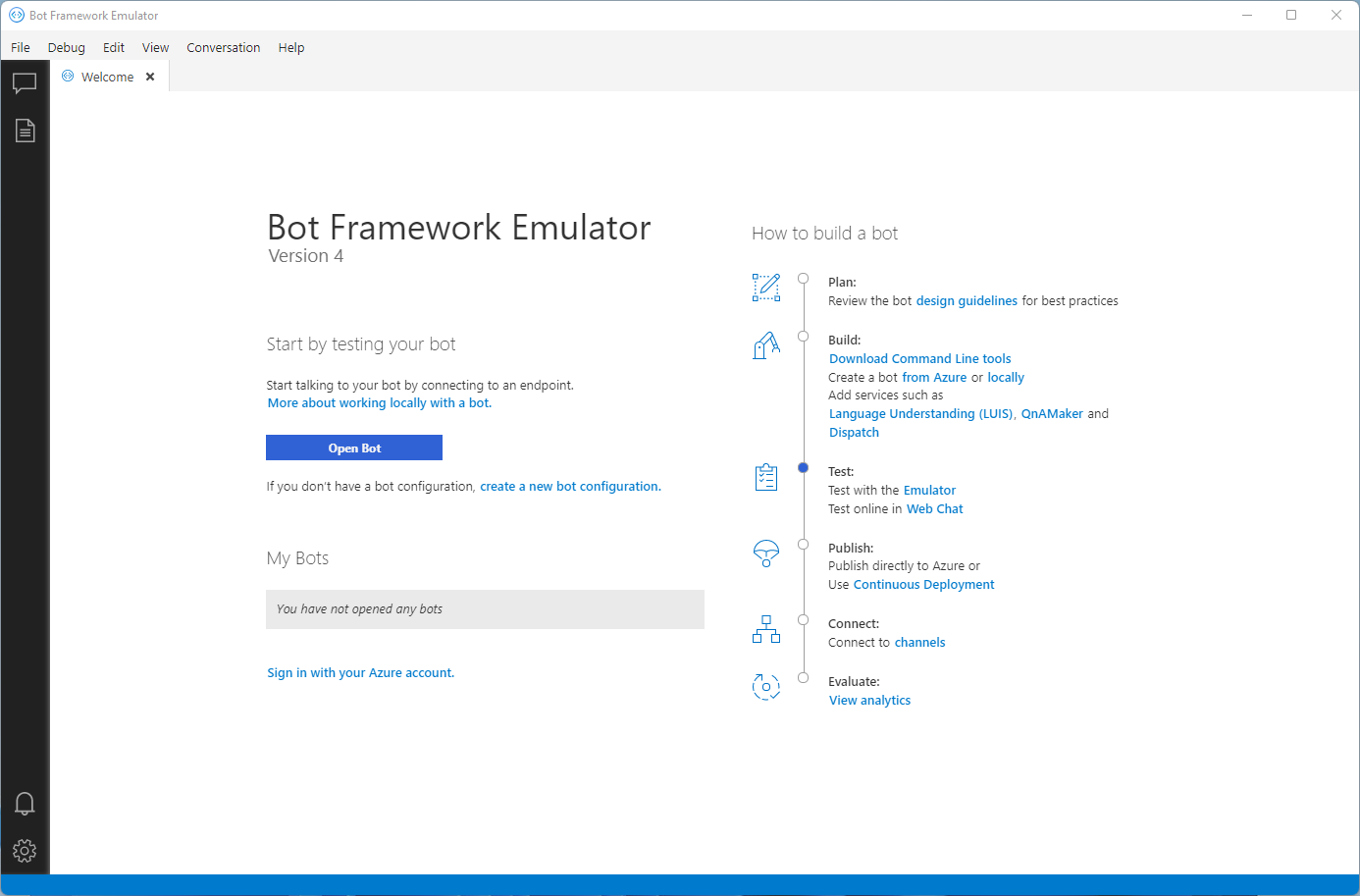 First, get the IP address of your machine by running ipconfig in a PowerShell terminal. 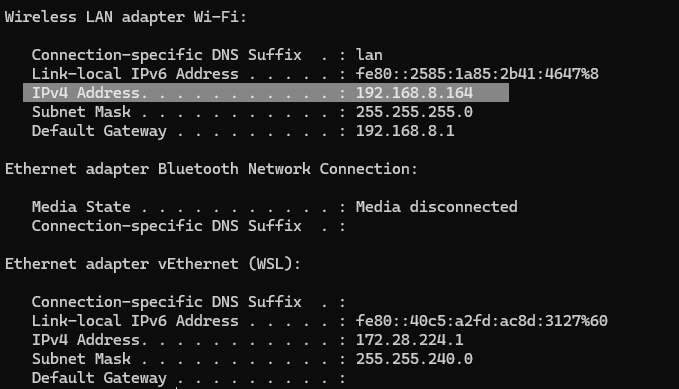 Then select the setting icon in the corner of the Bot Framework Emulator and enter your IP under ‘localhost override’. 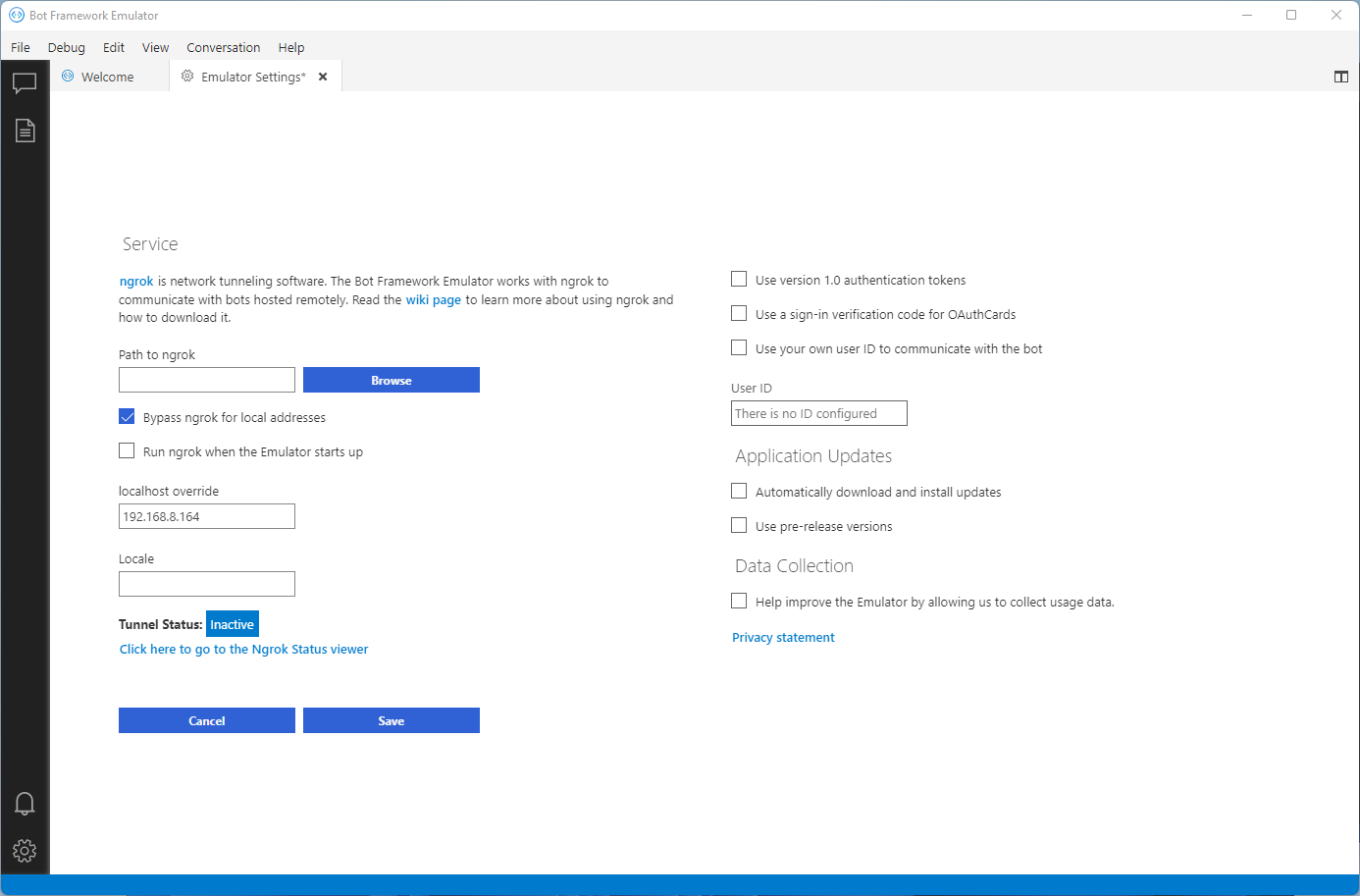 Click save and navigate back to the Welcome tab. 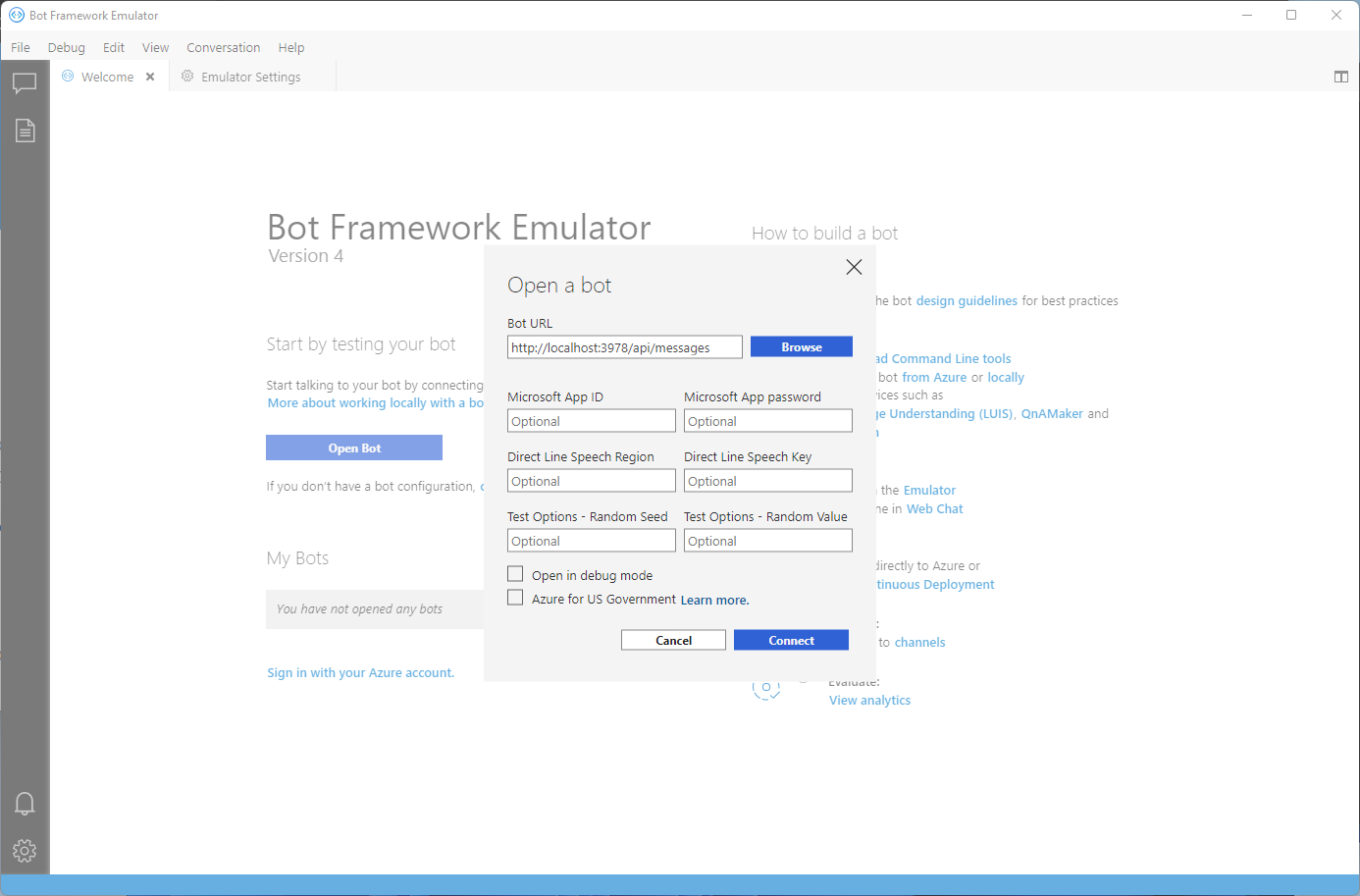 And click ‘Connect’ to connect to your Echo Bot running in WSL and start chatting! 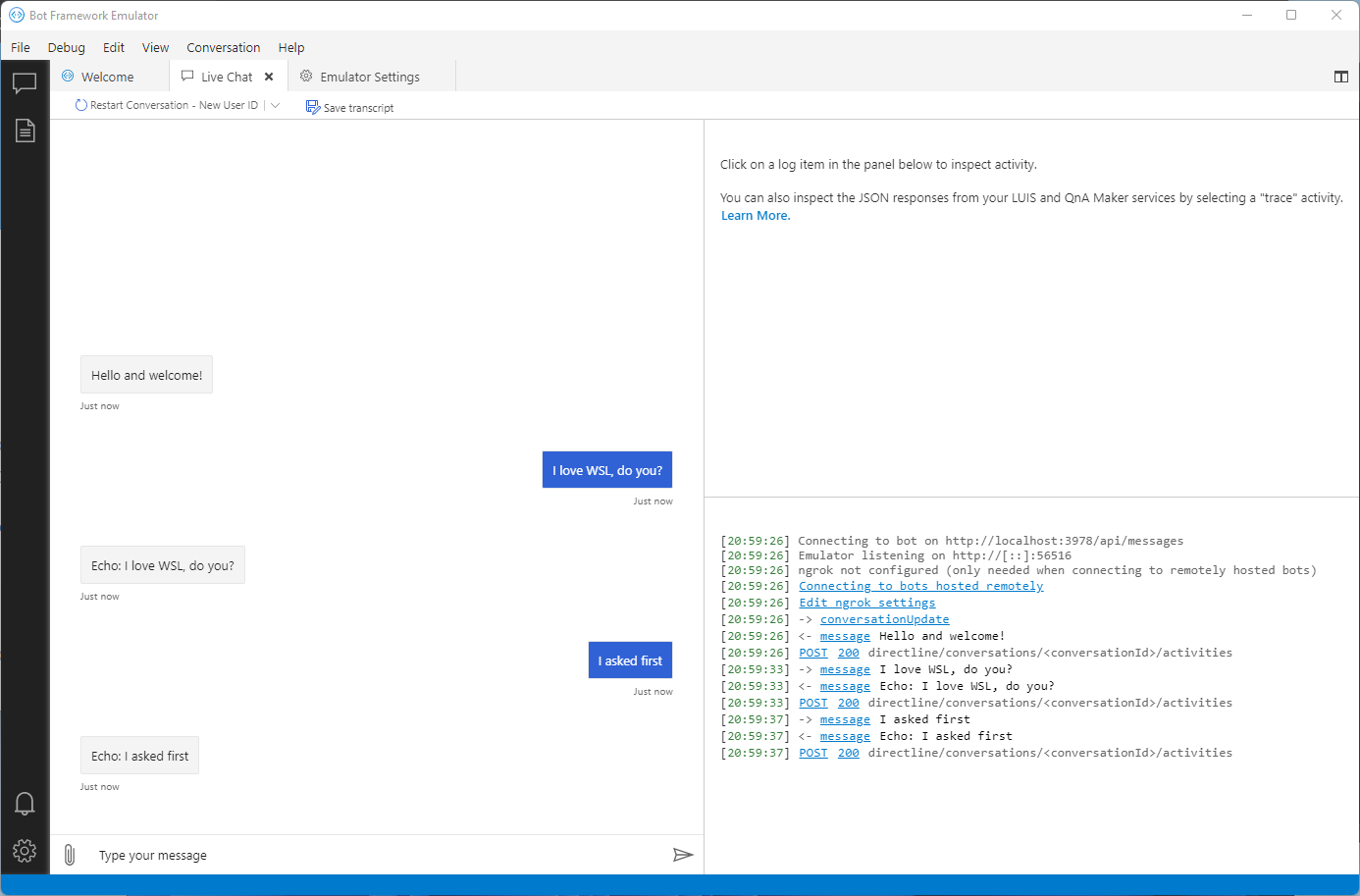 Congratulations, your Echo Chat Bot App is running on Ubuntu WSL as an App. Now it is time to make it run as a service.

Running your Echo Bot as a systemd service

Return to your running WSL distro and end the app with Ctrl+C.

Then install the .Net systemd extension with:

Now we need to open our ‘echoes’ project in VS Code by running:

From the ‘echoes’ directory.

Navigate to ‘Program.cs’ and insert .UserSystemd() as a new line in the location shown in the screenshot. 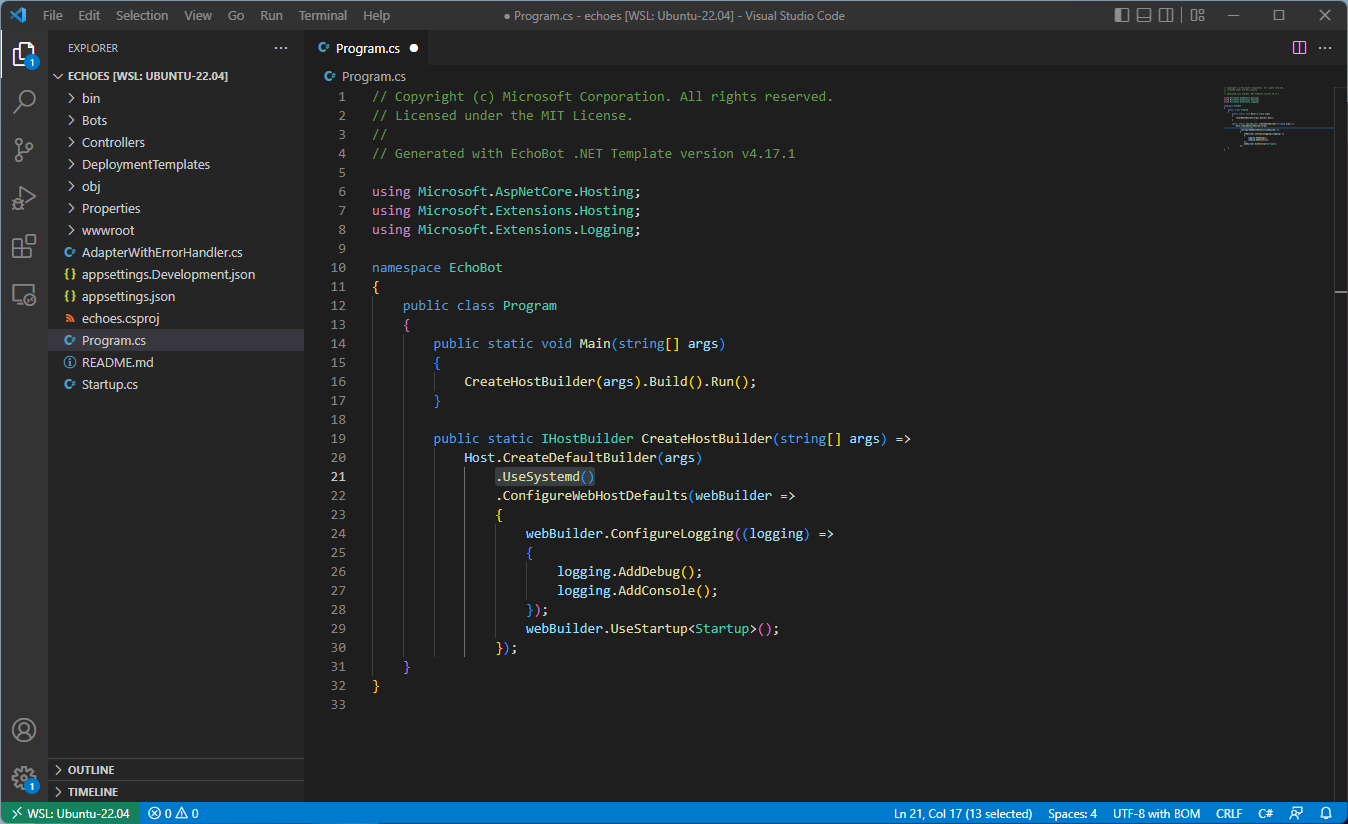 Save and close the project in VS code and return to your WSL terminal.

Next we need to create a service file for your bot using your favourite editor, for example.

Then paste the below taking care to change the path of ‘WorkingDirectory’ to the location of your project folder. 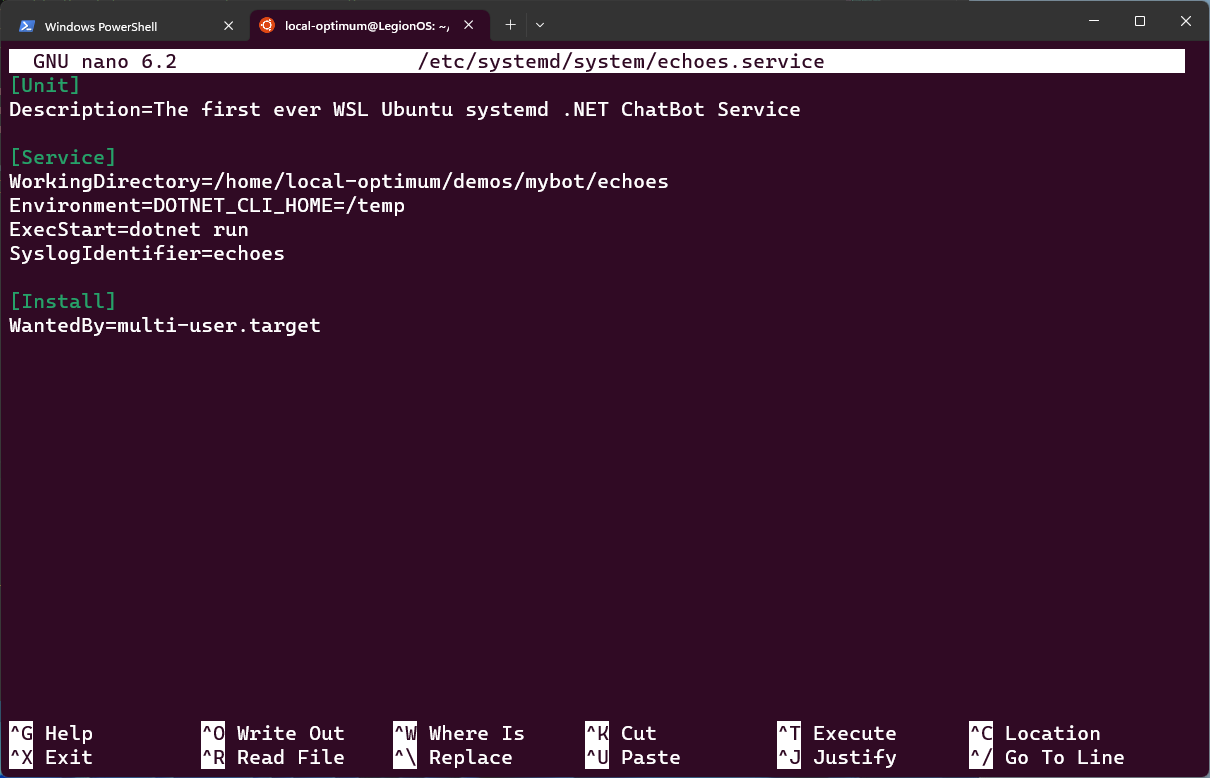 Save your file and reload your services with:

To reload the services. You can check if your service is ready by running:

You should get the following output:

Now start your service and then check its status again.

If everything has been configured correctly you should get an output similar to the below. 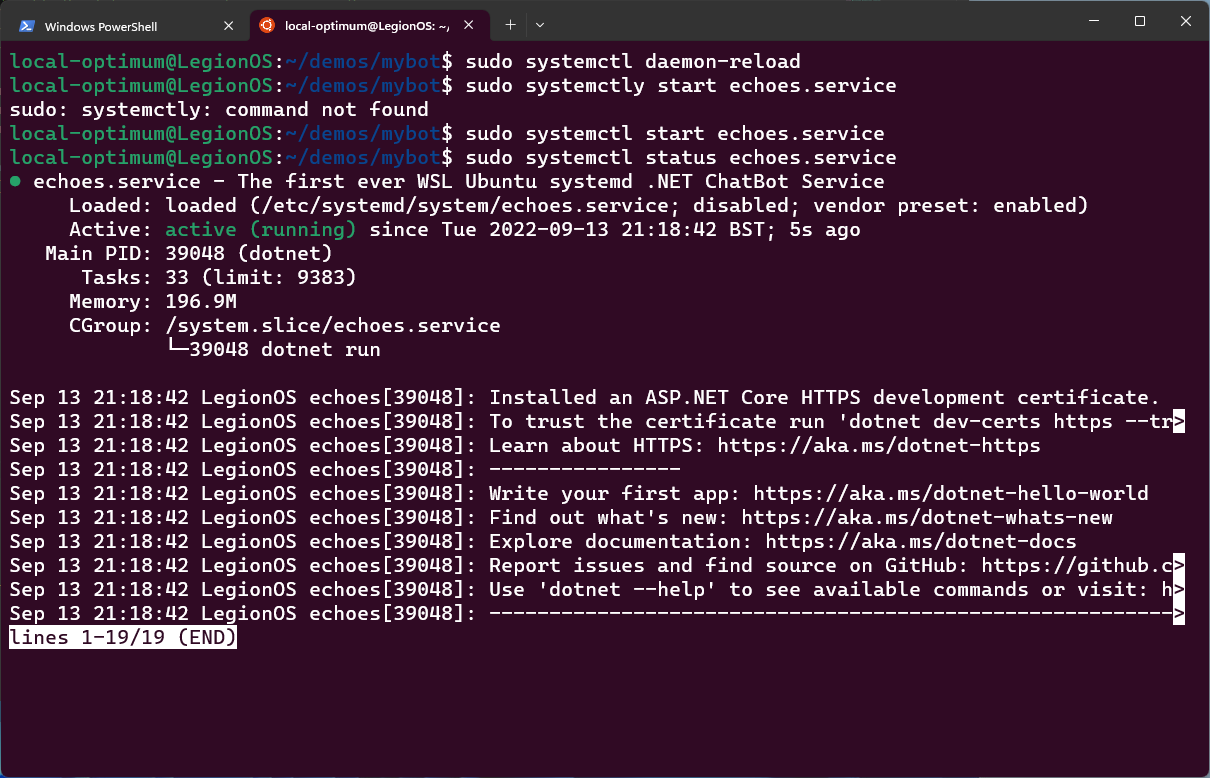 Return to your Windows host and reconnect to your Bot Emulator using the same information as before and confirm that your bot is running, but this time as a systemd service! 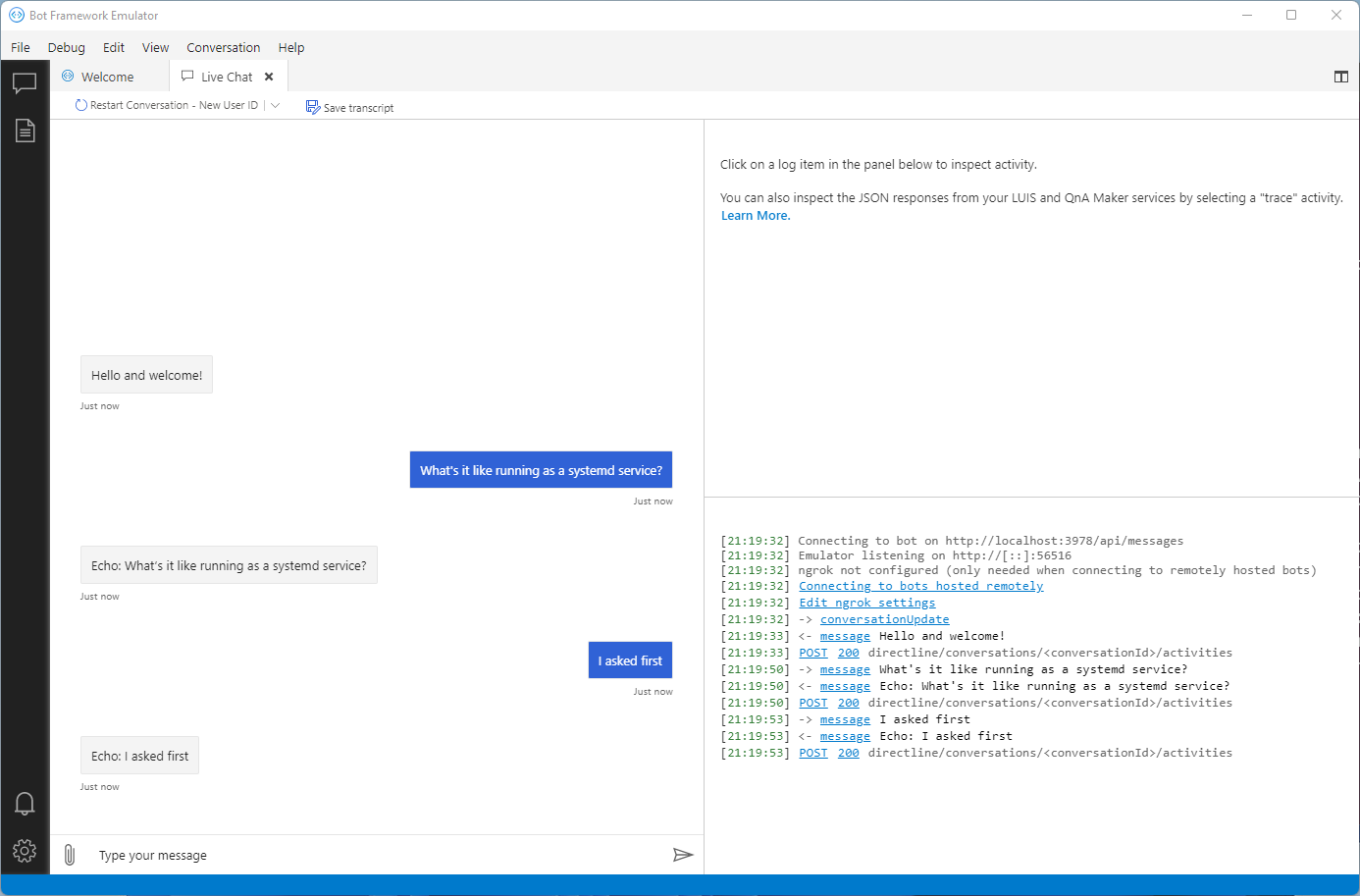 You can stop your bot from running at any time with the command:

You now have a simple Echo Bot running as a systemd service on WSL that you can access from your host Windows machine.

If you would like to expand on this example try reviewing some of the more advanced Bot Framework samples on the Microsoft github.

To read more about how Ubuntu supports .Net developers, making it easier than ever to build multi platform services and applications, read our recent announcement.