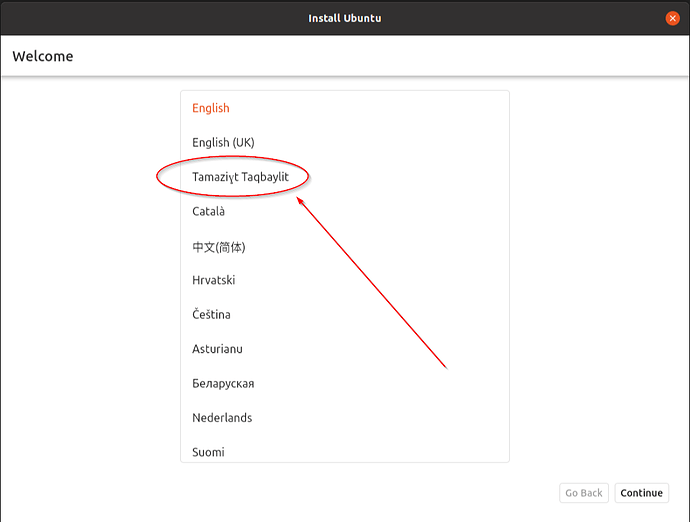 One think I’d like to see improved is smarter language selection. In Ubiquity, if I select English as language and select Brussels/Belgium as my timezone, my dates are in German. In the installer, there is no way to see this will happen and no way to change this.

In hirsute that combo will result in Dutch dates due to bug #1907914. Please also see the discussion at that bug report. What would be the “smarter” solution in your opinion?

What would be the “smarter” solution in your opinion?

Using Dutch is an improvement over German. Creating en_BE seems like a good long-term solution to me and makes sense given the high number of English speaking people in Belgium. I’m personally using en_IE but there is still some difference with en_BE.

I think that including locale selection in the UI makes sense too. I disagree with the statement that this is an isolated case. From my experience, many people use English as the language in Ubuntu even though it’s not an official language of the country they’re residing in. I think the current approach of “timezone == locale” is too simplistic and I think it’s very easy for people to grasp what a “regional format” is. Especially when you include an example like this:

+1
Pretty much the same situation for me. As a Java Dev I find gtk pretty weird to say it the nice way. But I think more than the toolkit the problem is a missing proper IDE. Gnome builder is okay, but it lacks many features compared to intelij, eclipse and even compared to vscode.
For example flutter snap + Vs code + flutter extension feels like Java in eclipse just faster.

As far as I understood the licenses, flutter and dart are a more “free” than Qt.
(Could be wrong though)

I think that this is a good alternative to pure gtk and gives room for nice cross platform desktop apps that now can easily target the Linux desktop, too.

Also I don’t see a reason why Gtk3/4 and flutter apps shouldn’t co exist in Linux. I use an electron app (vscode) at least 60% of the day, 30% Thunderbird and Firefox and 10% gtk apps (basically only GCC, Nautilus and lutris)

Hirsute Hippo is the version under development that will become Ubuntu 21.04.

I think the current approach of “timezone == locale” is too simplistic and I think it’s very easy for people to grasp what a “regional format” is.

Ok. I usually describe the “timezone == locale” approach as the installer making a guess of a reasonable locale. But I suppose the new installer is a good opportunity to reconsider it, and allow the user to select regional formats explicitly.

I found Arabic is missing from languagelist and I make PR to add it
ar_EG, ar_SA

Hmm… That list is very short even if Arabic gets added.