No light theme in recent Ubuntu?

Well support costs money and it appears the idea is to keep the monetary loss incurred by Desktop support to as little as possible.

I believe “proper light desktop” is a bit subjective.
Yaru theme is considered the light version, just is not light enough for some users.

“Considered”, sure. Or just named that way.

It’s really different from what we had before with the Radiance theme. Which is now abandoned.

It seems like Canonical decided not to spend effort on developing a Shell theme (meaning to leave the top panel dark), and that forced the decision to make the window header bars dark as well. Which really doesn’t work for my eyes.

You might surely find more information about what the Yaru development was in https://discourse.ubuntu.com/c/desktop/theme-refresh section.

Do you have a particular reference? So far I haven’t found any messages where this decision was discussed.

Here’s another thing I have noticed: the default Yaru theme’s palette looks like Radiance, which was the default in previous Ubuntu versions, and it was the darker of the two offered variants (Ambience being the other one).

So Yaru really doesn’t have a light variant. It has a “default” mixed version, and a darker version.

You could start from here Call for participation: an ubuntu default theme lead by the community?, but it’s a very long read anyway, the project started more than a year and a half ago.
Again, it’s just a matter of preferences, for me Yaru is quite light, but I understand that for someone used to Radiance, it is not enough.

Thank you. It is indeed long. And apparently the last mention of “light” is in message #258, where nothing is really decided. Or I just fail at this forum search. Up until then there were some examples or people posting full-light mockups, though.

More importantly, if I understood the comments Yaru next move right, we’re going to have a shell theme, and a light one at that! That’s the #1 thing here for me, in part because I’m using the Unite extension.

Speaking of matter of preferences, in general I would agree (about the shades, the colors, etc), but having a consistent theme is a matter of health and comfort for me. When the eyes jump between different levels of contrast, they have to adapt every time. That actually creates strain (which may affect some people more and some less, of course). And black-on-white is different in perceived contrast from white-on-black.

Didn’t the thread mention we took inspiration from Unity 8 style?
For me light theme doesn’t mean necessarily everything bright. What I like, for example, is how the dark borders merge with the display frame (which is usually black as well).
In the future, if she’ll switch will be a thing, we might consider change something

You can also install the gnome-session package and choose GNOME instead of Ubuntu in GDM. That will give you Adwaita, which is really bright. Choose the Yaru icon theme in GNOME tweaks and install dash to dock and you get a bright theme which is still somewhat Ubuntu.

So there i still a bright theme shipped in Ubuntu. It is just a bit hidden

Didn’t the thread mention we took inspiration from Unity 8 style?

Wasn’t that one inspired by Ambiance?

For me light theme doesn’t mean necessarily everything bright.

Should we really argue about the meaning of the word? It’s clearly less “light” than the previous light Ubuntu theme. Like mentioned, it resembles the previous “dark” theme more.

Again, it’s less about the aesthetic for me and more about readability and having the eyes adapt when moving between the contrast levels.

Speaking of contrast, this particular forum’s theme also has an “inverse video” header at the top. But it’s less jarring because these particular colors create approximately the same contrast as black on white in the body.

What I like, for example, is how the dark borders merge with the display frame (which is usually black as well).

I see that as an unfortunate adaptation to the fact that Ubuntu does not supply a light shell theme (which Radiance also had). So yes, if the frame is dark, the theme might as well have darker headers too. I’d really like a light frame.

The other thread mentions something about GNOME working on the top bar adapting to the wallpaper… maybe that would improve things.

In the future, if she’ll switch will be a thing, we might consider change something

Not sure what you mean. I have a default Ubuntu install, and Adwaita is among the available themes.

For me a worse problem is Adwaita not having a “darker” variant in the sense of Yaru light. White titlebars are awful with dark themed apps, having dark titlebars with everything light is a much better trade off (sometimes statusbars look bad on dark apps though). Short of having all three light, darker and dark, I think Yaru makes a better trade off here.

What dark apps, though? Even Slack uses a light theme. And Sublime and friends probably have light themes as well.

I think he is talking about server side titlebars. And he has a point.
So when apps do not have client side decorations (close button etc) they receive a tiltebar on top of their actual window. If it is a light app and a dark titlebar, it blends quiet well with the dark panel. But when its a dark app, a light titlebar and then a dark panel it could look kind of weird.

Since most people seem to prefer the current mixed style, and we now have an upstream + dark headerbar build, I could imagine it’s possible to extract a “bright”-theme without our headerbar modification theme some day in the future (but surely not for this cycle)

One thing is having an app light theme and another thing is wanting to use a light theme for that app. Many people prefer a dark background in their editor because they’re looking at it all day long. Or prefer to switch from light to dark background or viceversa according to their ambient lighting conditions. In these cases the darker variant in the desktop and window manager is a better, more versatile, fit. It adapts to both kind of app themes, along the day and across apps. Except that you prefer a legacy white titlebar on a black app background to a legacy black titlebar on a white app background, which I doubt.

Some people do prefer a dark background in their editor, and the same people try to use the dark theme in all other apps. Good for them (even though I’d say it will ultimately be bad for their eyes). I’ve never said Ubuntu shouldn’t have a dark theme.

I’m saying it should have a light theme as well.

And I just remarked that short of having three variants, Yaru has made a better choice than Adwaita. Of course, without looking at the cost term of the equation, three is better than two.

Wasn’t that one inspired by Ambiance?

I think so, but what’s the point?

I can understand your needs of course, but I also recognize that the main part of the window is almost white, so deciding for a variation of the theme, it was more logic for me to provide a darker one (with main parts dark) than a lighter one with only the headerbars bright.

OK, to sum up: I’d really like to see a light GNOME Shell theme supplied by Ubuntu (there are some third-party ones, but Yaru has set a fairly high standard of quality).

Any further improvements can stem from there.

This is how a light theme looks like, if the headerbar is not inverted:

The headerbar buttons lack of contrast compared to the background

(Sorry if it's something discussed before but I couldn't find a reference to it.) The action buttons in headerbars are not really... 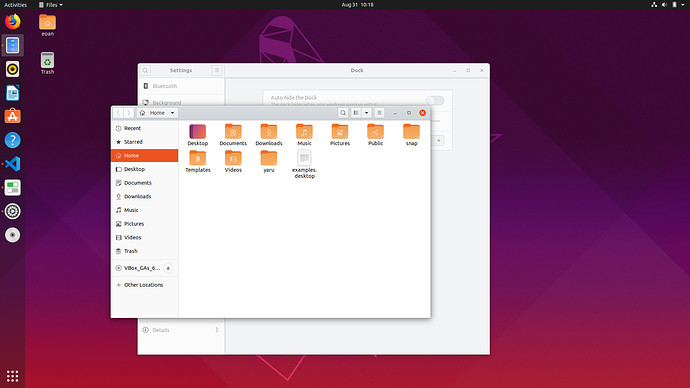 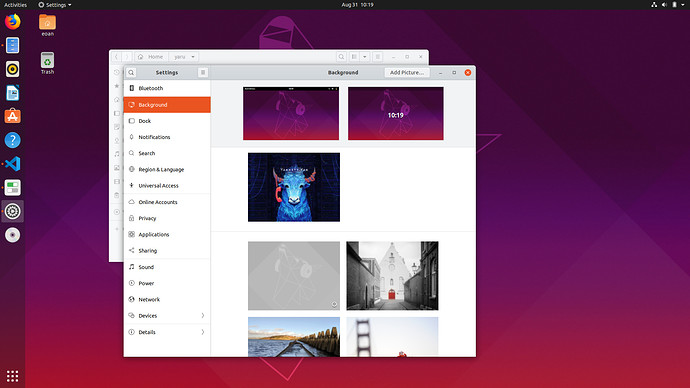 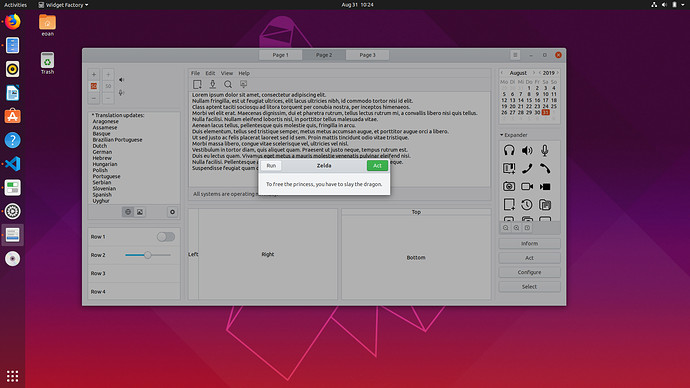 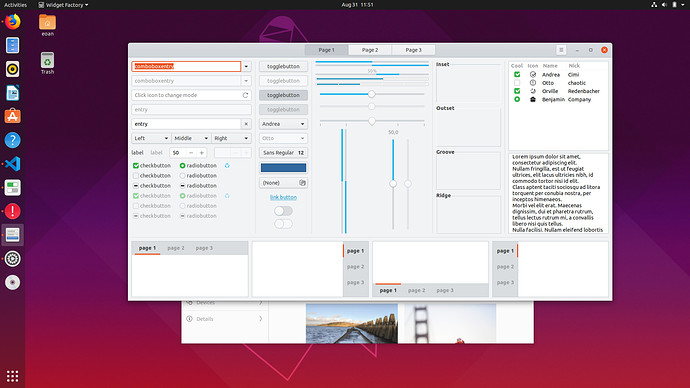 Apart being hard to read in a bright room inverted headerbars are also a problem for custom widgets that make use of exported colours, described here:

The headerbar buttons lack of contrast compared to the background

(Sorry if it's something discussed before but I couldn't find a reference to it.) The action buttons in headerbars are not really...