Ubuntu MATE is pioneering pre-installed snap support by being the first distro to ship a snap by default. For the Ubuntu MATE 17.10 release the pulsemixer snap, a console based mixer for PulseAudio, will be installed by default. 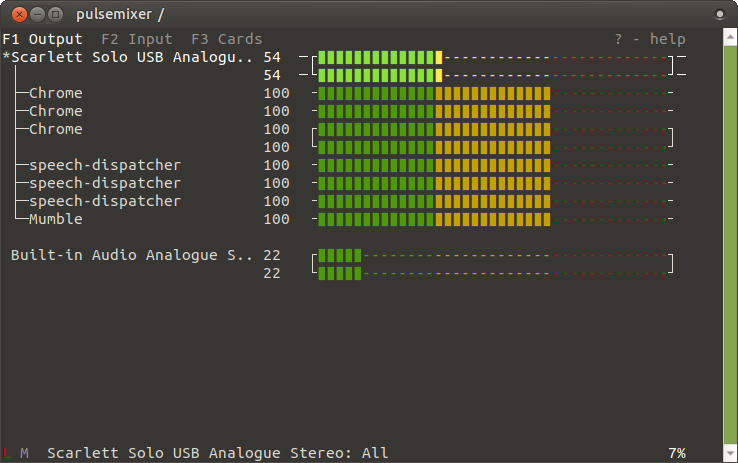 The daily images of Ubuntu MATE 17.10 are now seeded with the pulsemixer snap. We encourage you to download the currently daily image, install it and ensure pulsemixer works correctly.

Adding pulsemixer to the default Ubuntu MATE 17.10 has not significantly affected the size of the iso image. We chose pulsemixer because it is a small, useful application, that has never been available in the Debian or Ubuntu archives.

We had been looking at doing something like this in Ubuntu Budgie. It is awesome to see that you have gotten it working and have a method to get this type of thing done. We (UB) are extremely interested in this as we have certain apps that make sense to be sent out as a snap!

The capability to ship snaps on iso images landed very recently, here is the merge proposal for livecd-rootfs:

If you read the comments on that merge proposal you’ll see that it will eventually be possible to define snaps that should be shipped by default via seeds. For now a hard coded list is exported directly in livecd-rootfs as SNAP_LIST.

We (UB) are extremely interested in this as we have certain apps that make sense to be sent out as a snap!

Interesting. Any apps in particular which are the focus? We’d love to help make that happen, and if there’s any blockers along the line we can find the right people to help unblock if necessary.

@popey ell the primary (test) was going to start with our welcome screen. And then considering some 3rd party defaults for things like mail clients, browsers, etc. And anything we develop in the future would likely be a snap. The only real blocker was more so “how” to do this properly (pre-install snaps) without getting real hacky.

@Wimpress Any Pi images yet?

Here is what we’ve learnt from adding the pulsemixer snap to the Ubuntu MATE 17.10 images:

The current mechanism for adding snaps to the image doesn’t support classic snaps. We also wanted to include micro and teleconsole but were unable.

The snaps are embedded in the image only. Anyone upgrading for an previous major release, or an earlier 17.10 alpha/beta, didn’t get pulsemixer added to the system.

Goodday gentleman… I’ve been rereading this thread, and was just sort of looking to inquire what the current status is. If there’s any sort of documentation on how to start looking at this type of thing. We are really keen to snap our welcome application for 18.04. I’m also trying to get this nailed down so that I can sort of figure out what the process will be to deal with things like upgrades from previous versions of Ubuntu (as per @Wimpress previous comments). Is there a more accurate thread to follow the development of this?

If this app were to crash how would the user install the debug symbols to help the developers debug the issue?